Well well, what do we have here?? 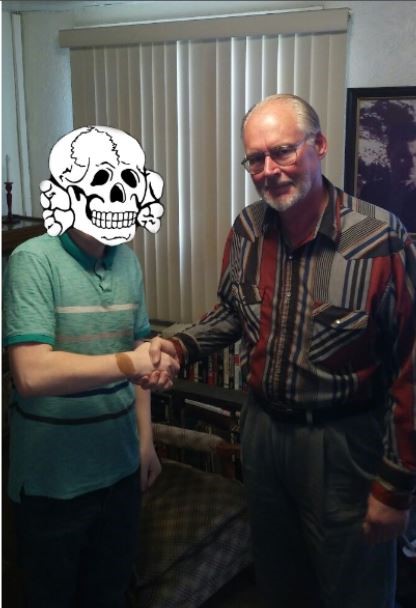 It appears fascists from the neo-Nazi killing death cult Atomwaffen Division have been gathering in the heart of Denver, Colorado’s Capitol Hill neighborhood, courtesy of host James Nolan Mason, infamous white supremacist and ideological leader for this particular group of losers.

Despite being a small, decentralized groups of incels and edgelords, the men connected to Atomwaffen Division are responsible for several murders. And, here they are, making pilgrimages to Capitol Hill’s El Tovar apartment complex across from the State Capital, to hang out and plan with James Mason in his Grant Street, government subsidized apartment. 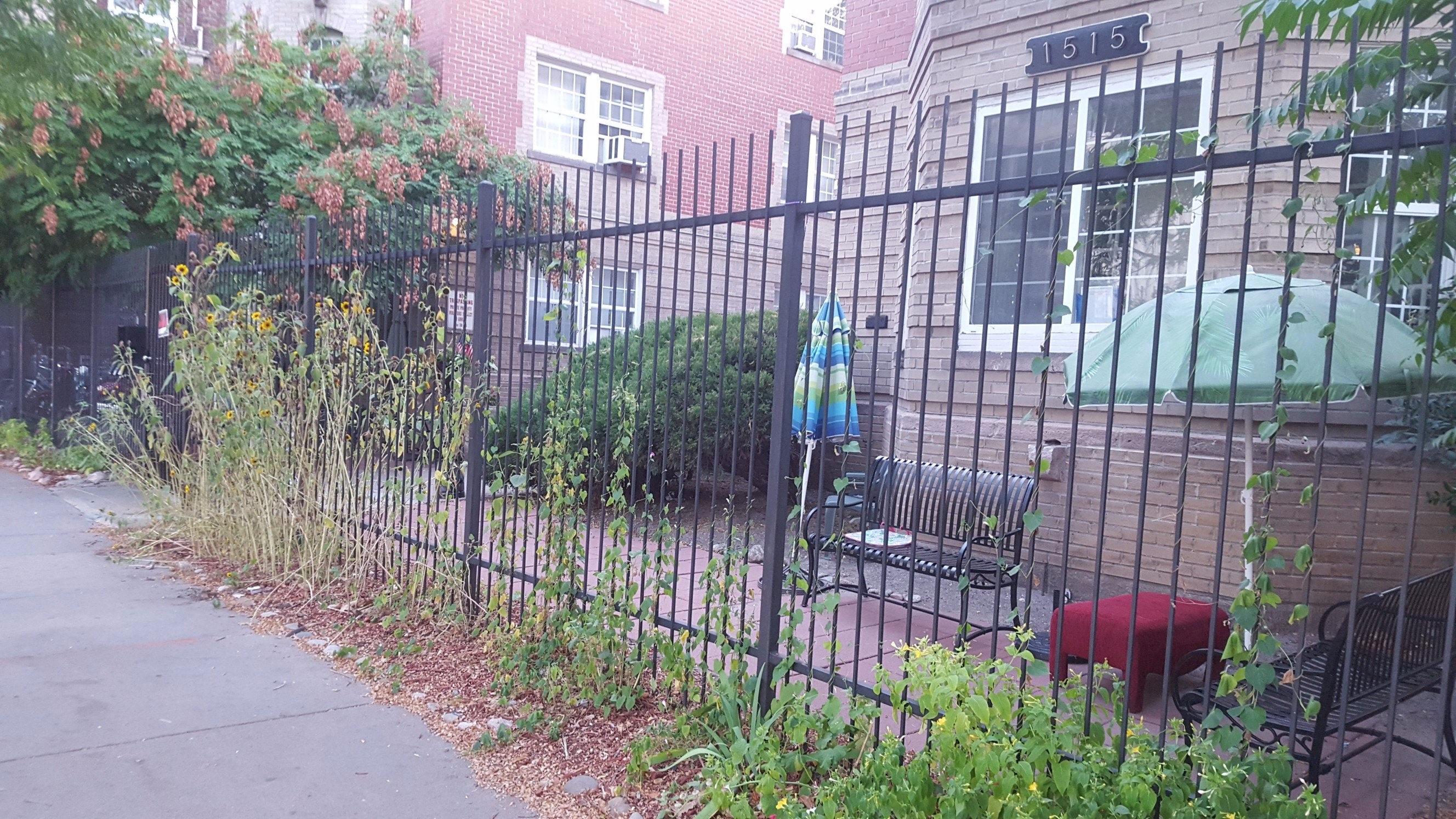 Mason’s apartment is a rendezvous point for local and national Atomwaffen Division Nazis and fascists to come visit while discussing with Mason apocalyptic visions of death, destruction, white power lone wolf attacks and basically, all things nihilist while planning how they can destroy civilization in the world. 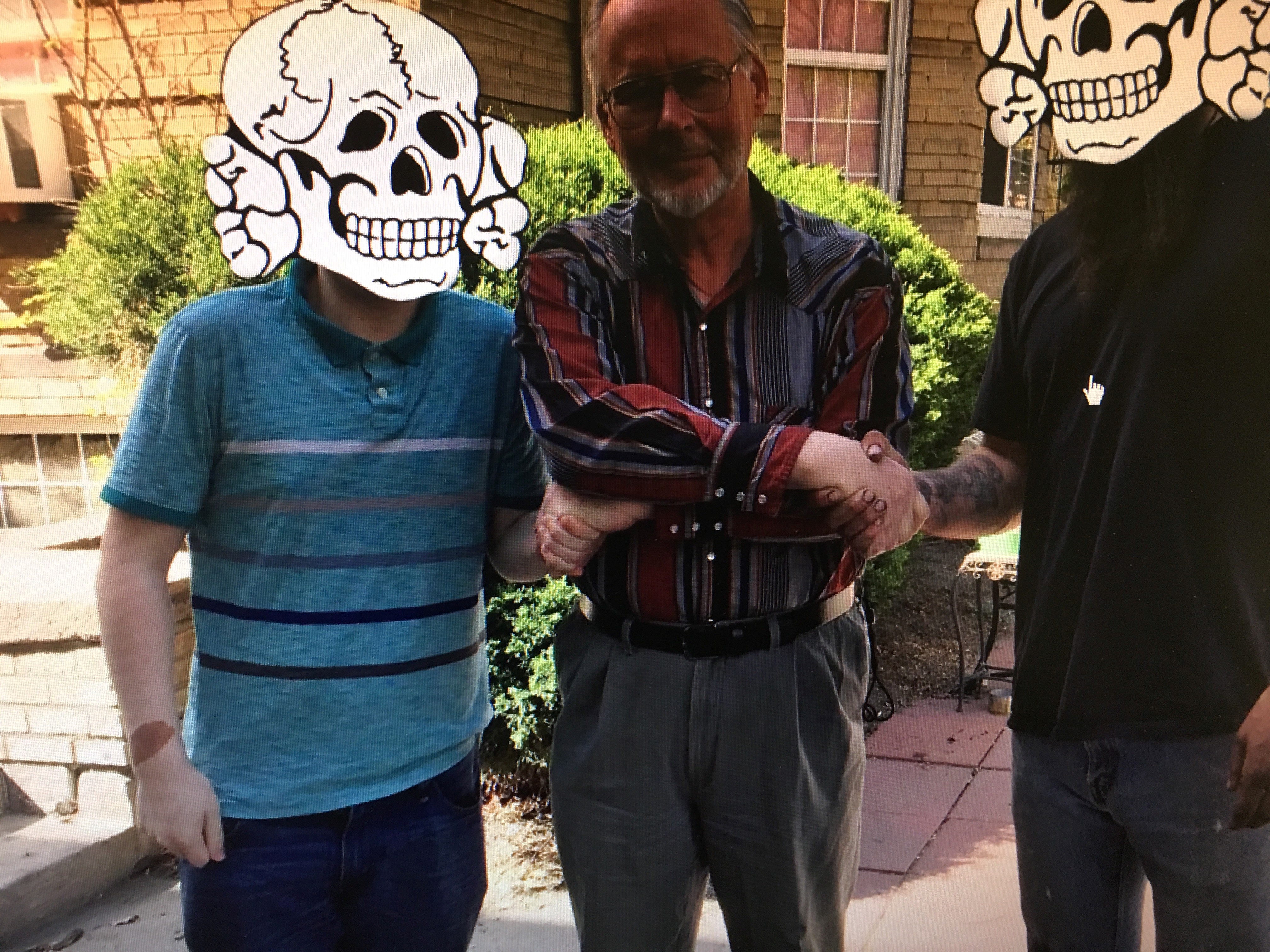 According to ramblings found online posted by Atomwaffen Division detailing their terrorist ambitions, they claim they are, in part, inspired by Mason’s book SEIGE. One member even bragged about having maps of the country’s power grids. The idea to sabotage the nation’s power structures is apparently part of their plans towards a self proclaimed revolution. Yes, nihilism runs rampant with these edgelords. 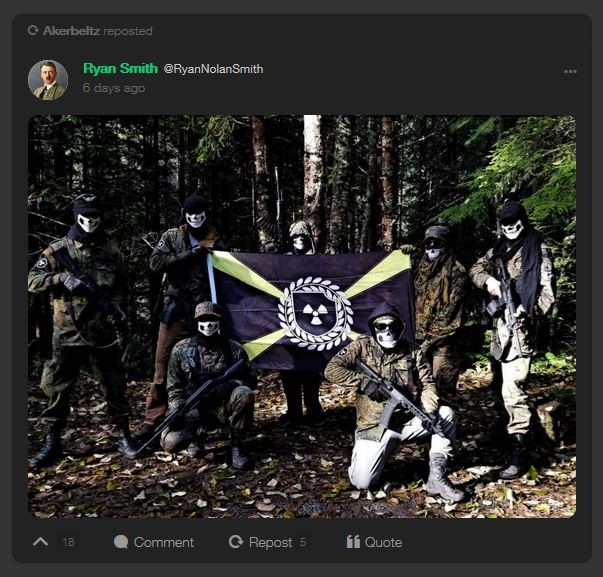 But just who is James Mason, the fascist behind these killers? Who is the man driving this death cult?

James Nolan Mason was born in Ohio in 1952, and since age 14, has been fully immersed in Nazism. Guess if you’re going to be a loser, why do a half-assed job when you could commit to being a loser for your entire life!

At age 14, Mason began correspondence with, and joined as a youth member, George Lincoln Rockwell’s American Nazi Party. At age 18, boom, he’s a man, and these bozos swear him in as a full fledged member of the renamed National Socialist White People’s Party. 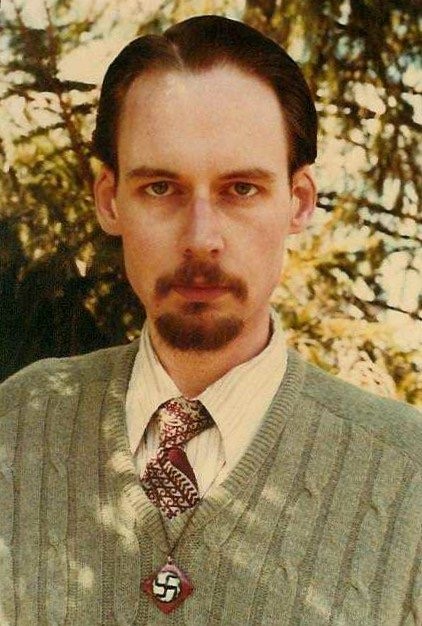 After several years flirting about with several neo-Nazi affiliated groups, Mason began hanging out with Joseph Tommasi of the National Socialist Liberation Front. Tommasi had an ideology of armed guerilla struggle that Mason continues to espouse to this day. They believed white power lone wolves as the saviors of the white race through autonomous violent actions of destruction, mayhem and murder.

Time has not tempered this ideology. 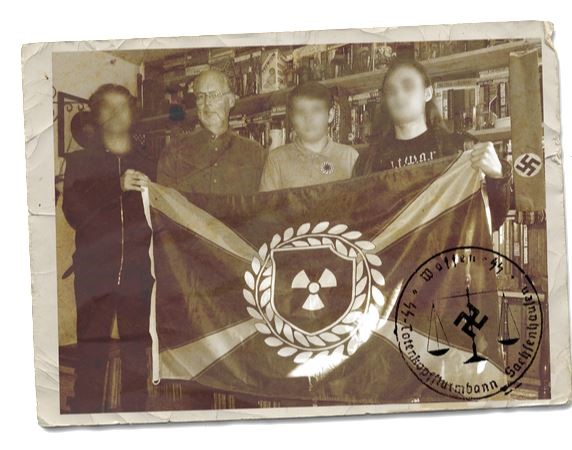 Mason continued to dabble with various Nazi groups throughout the late 60’s into the 70’s, and in the early 80’s, he began writing essays for his newsletter Siege. During the 70’s, nazis of all stripes jumped on the bandwagon of the esoteric Hindu-Aryan ideas of Savitri Devi. Mason was no different. Following all the rage, he hooked up with Anton LaVey of the Satanic Church and befriended figures in the Satanic circles, including American Front leader Boyd Rice and Michael Moynihan.

Eventually, Mason began corresponding with cult figure Charles Manson, whose followers were responsible for a string of horrific murders in California. In hopes of furthering Manson’s vision of Helter-skelter, an apocalyptic war rising from racial tensions, James Mason kept up a lengthy correspondence with him.

James Mason and killer Samuel Woodward pose for a photograph in Denver, Colorado

Mason soon became one of Manson’s biggest fan boys, even naming his organization The Universal Order at Manson’s suggestion. Soon, Mason was touring the Nazi circuit, doing interviews while attempting to maintain a high profile. Fortunately, his brand of hate and destruction wasn’t embraced by his fellow Nazis and after being relegated to the sidelines, Mason moved to Las Animas, Colorado, where it appears his fondness for underage girls led to an investigation by the local cops. That didn’t go anywhere, because like the pigs they are, the cops also got involved with hanging out and partying with Mason and the underage girls. This lead to the cops being investigated, but no surprise that no charges came of this because, well, cops crossing the line with Nazis and underage girls seem to be an acceptable practice within police departments. 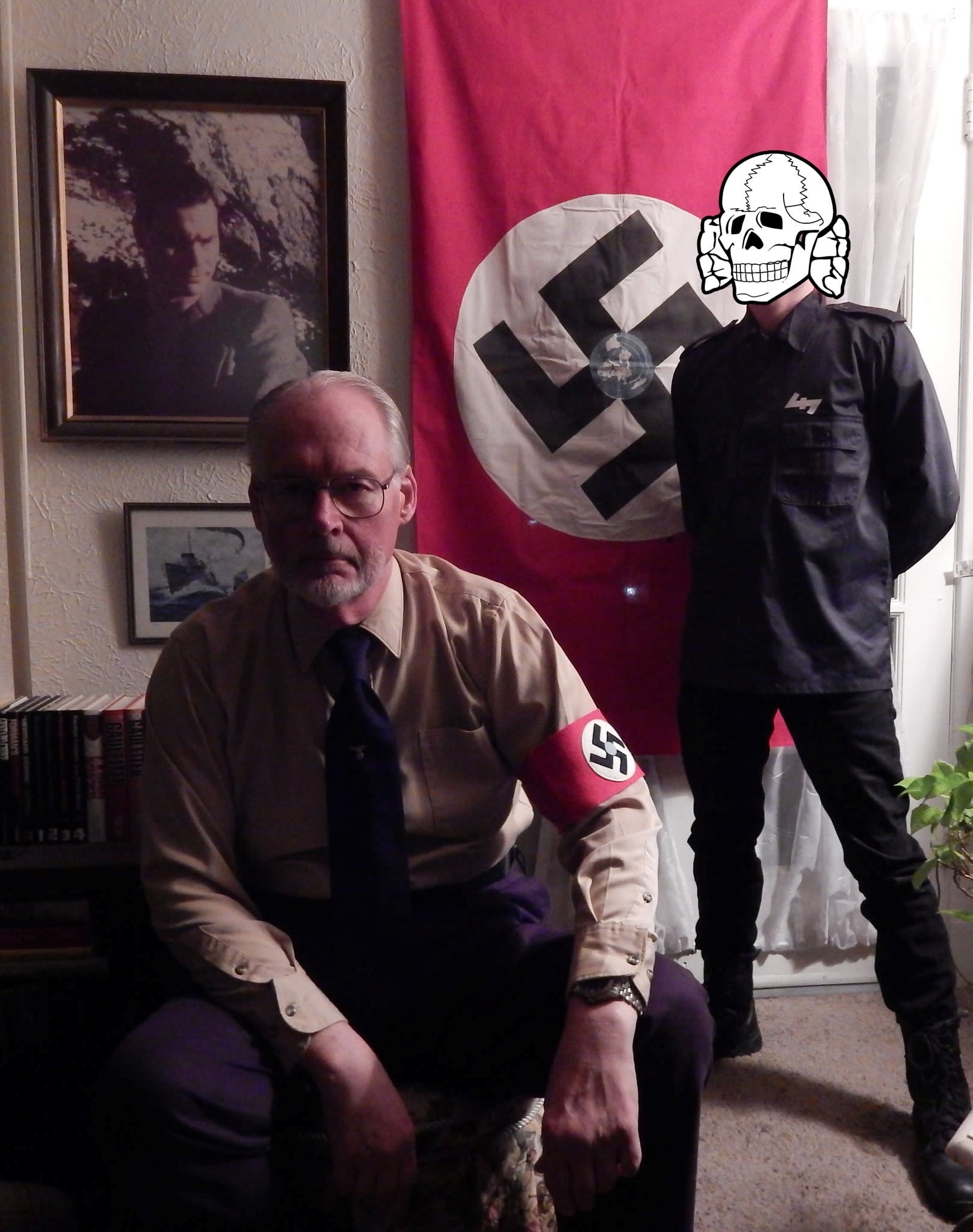 Mason soon left town under a cloud of suspicion, fading further into obscurity while living off the residuals from his books which are readily available on Amazon.com.

James Mason has been a nobody for the last 30 years and forgotten to the annals of time until a few Atomwaffen Division members sought him out to republish his trashy literature. Since then, a series of murders in rapid succession committed by members of the so called Atomwaffen Division rocked the country, putting the spotlight back on this long forgotten racist and his ideology. 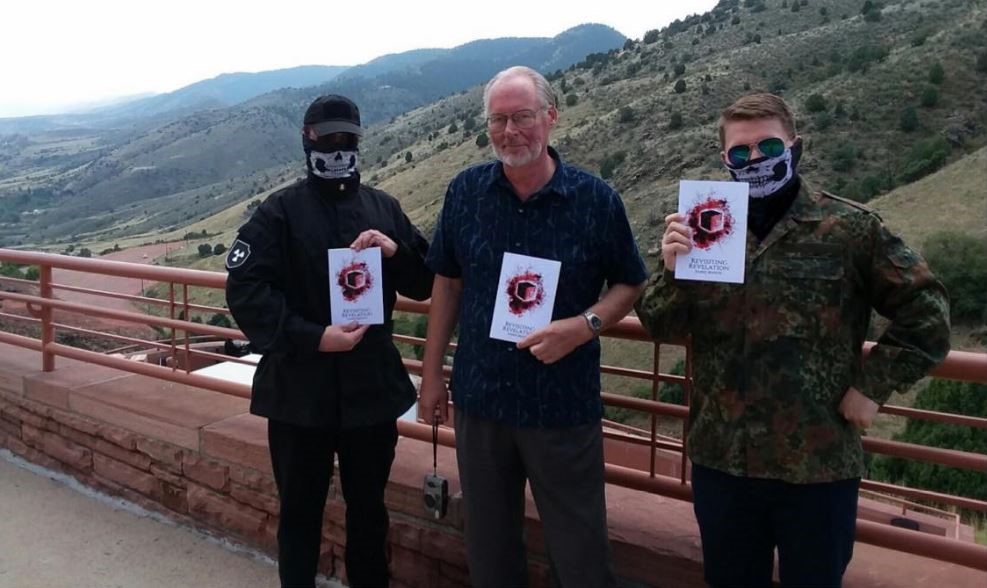 John Cameron Denton of Texas, James Mason, and “Ryan” pose in Colorado with a book authored by Mason

Members of the Atomwaffen Division have posted pictures online of themselves in James Mason’s Capitol Hill apartment. We wonder how the residents and neighbors in the government subsidized El Tovar housing complex feel knowing this dangerous man and his murderous followers gather regularly to plan the demise of folks just like them? 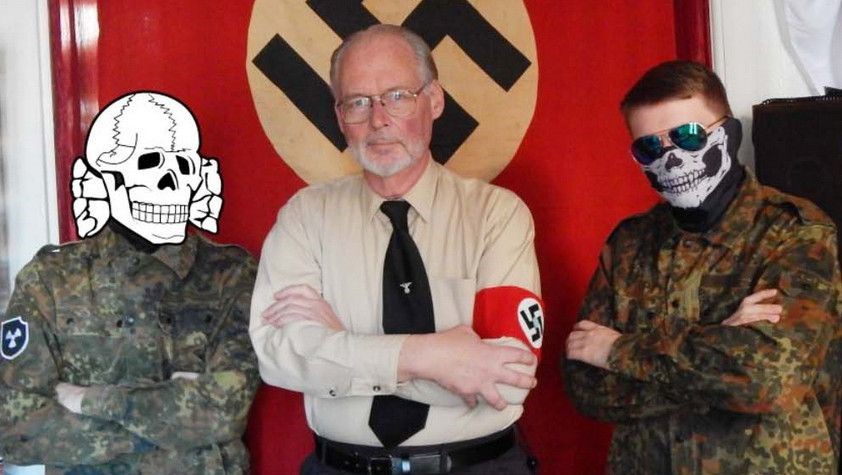 Perhaps the closest Atomwaffen Division member to James Mason is “Ryan” who also lives nearest to Mason in Colorado. “Ryan” has been archiving James Mason’s photographs and other Nazi paraphernalia for a couple years now. He regularly visits Mason and serves as his secretary to the outside world of the Internet. “Ryan” assists Mason in uploading audio recordings and written pieces to Atomwaffen Division and Siege Culture websites. 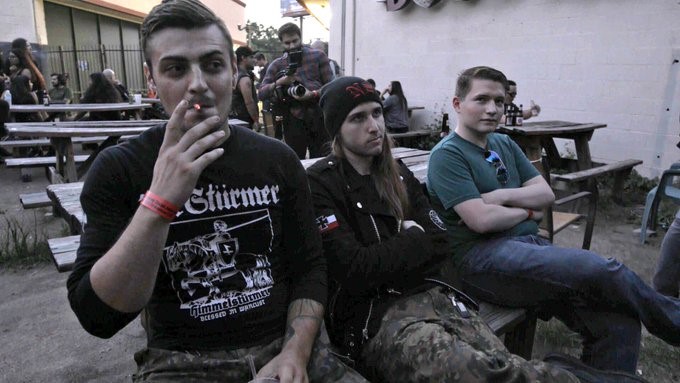 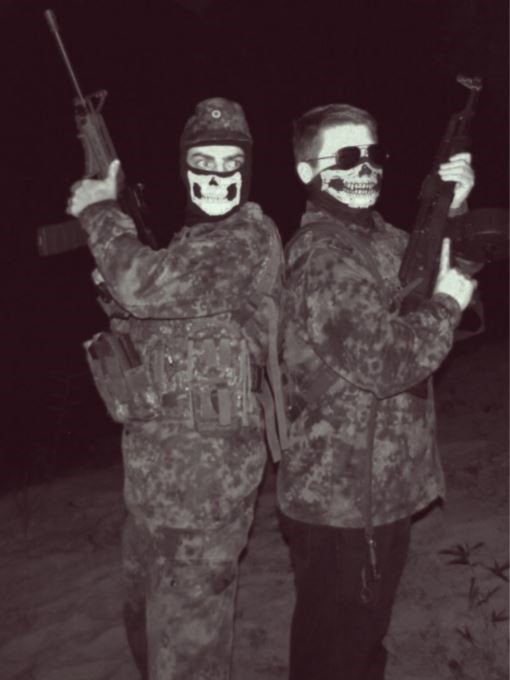 Apartment #10 has become quite the Mecca for neo-Nazis. Atomwaffen Division members have traveled across the country to meet and be photographed with the otherwise lonely James Mason. Some of these members include the murderer Samuel Woodward from California and the Denton brothers, Grayson and John, from Texas.

Time to remove the hive.