This is a community bulletin exposing Logan Barden, his partner Jamie Stram, and his brother Levi Garrett Barden. We have included an update on their associate Kevin Ross.

For the audio version of this article, listen here. 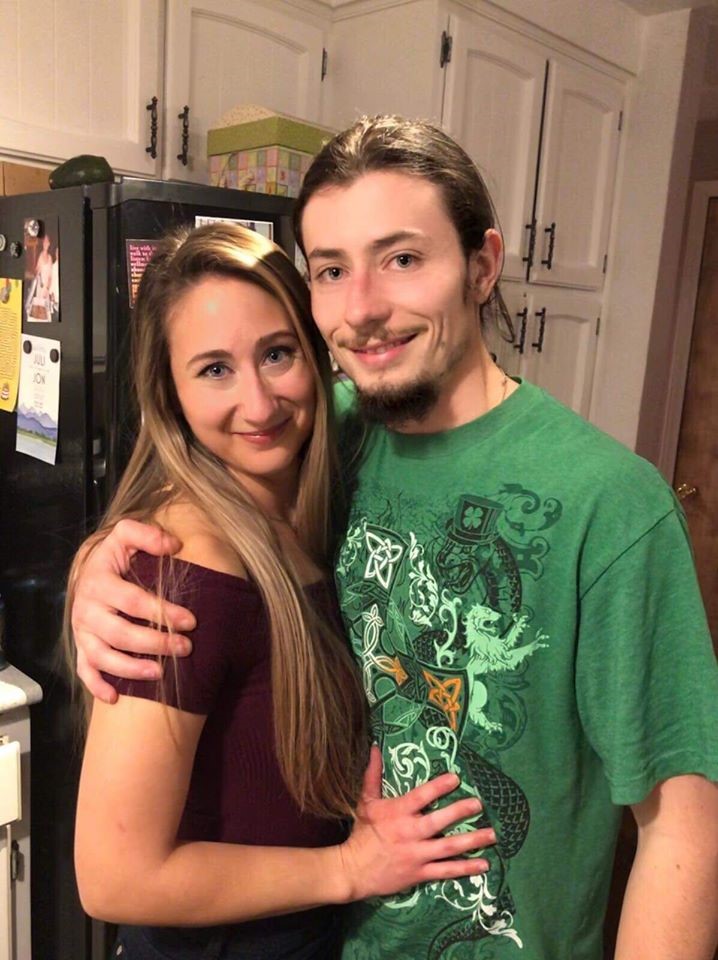 Logan Gregory Barden (Born March 8th, 1993) lives with his partner Jamie Michelle Stram AKA Jamie Michelle (Born July 9th, 1992) in Eugene, Oregon. Logan Barden has been a neo-Nazi for several years, but his online activity has picked up and grown more extreme in the last six months. In 2018, Logan was already sharing the holocaust denial flick “Adolf Hitler: The Greatest Story NEVER Told.” He also shared material from the neo-Nazi group Operation Werewolf, a feeder group for the Wolves of Vinland. 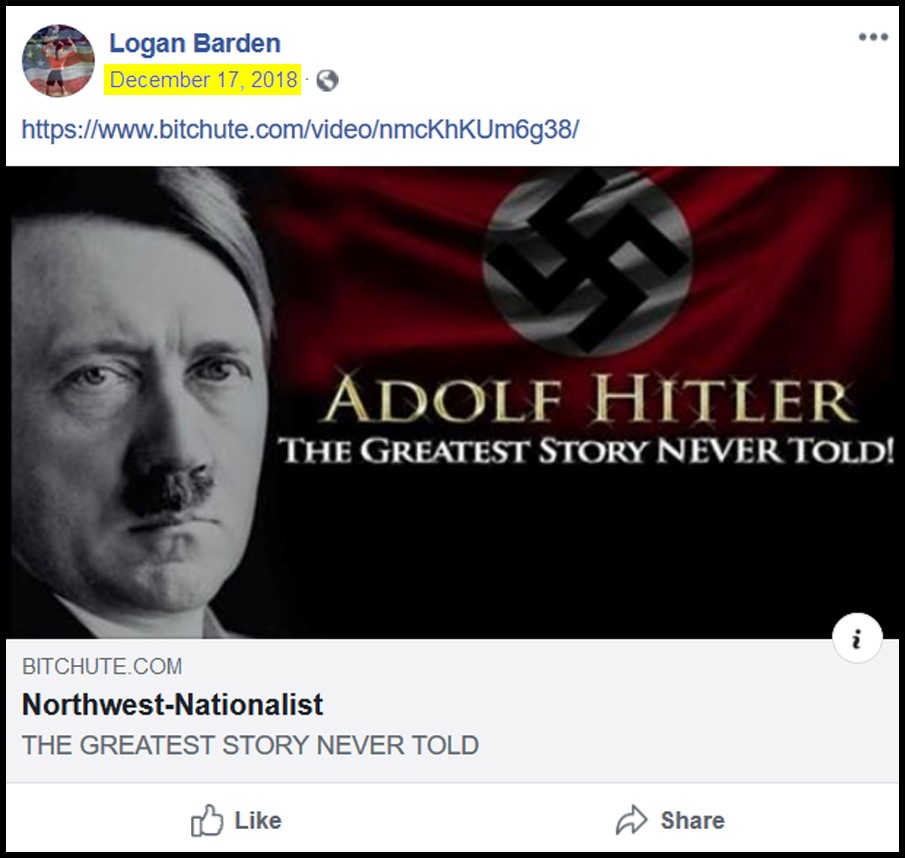 Logan Barden shares “THE GREATEST STORY NEVER TOLD” to his Facebook. The video was made by a Hitler apologist named Dennis Wise.

Logan Barden shares content from Operation Werewolf, a feeder group for the Wolves of Vinland.

Logan knows the lingo, too. In 2019, Logan talks about the “Kali Yuga,” a “dark age” envisioned by Italian “super-fascist” thinker Julius Evola. The works of Evola have strongly influenced modern neo-Nazis formations, from an enhanced focus on the occult to advocating total societal collapse. Fascist publishing houses like Arktos Media and Counter-Currents have helped circulate books by Evola. 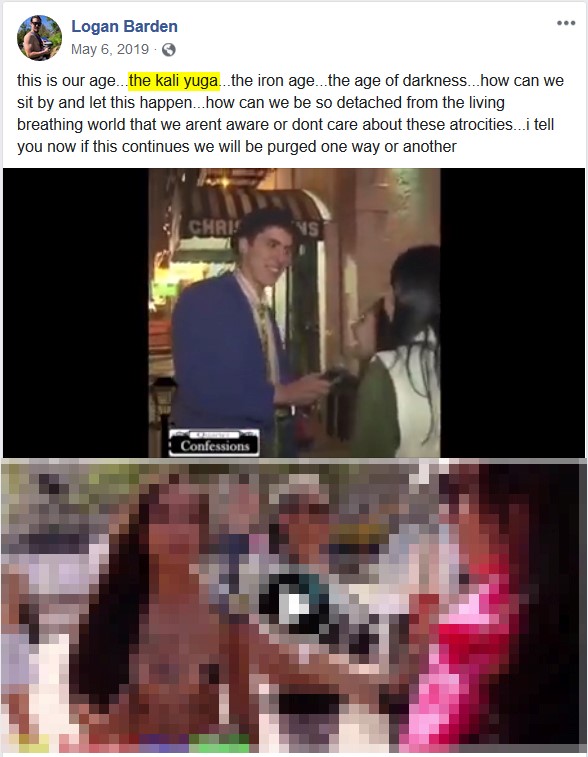 Logan Barden mentions the “Kali Yuga” on Facebook, a term from the writings of Italian fascist Julius Evola.

Logan Barden is also big on Norse and Pagan symbology. In this image, Logan wears a Mjolnir (Thor’s Hammer) necklace, which has been widely appropriated by white supremacists.

Logan is on Instagram as thegaelicwolf (formerly gaelicgainz). While celebrities posted black squares for #Blacklivesmatter in a show of performative solidarity, Logan posted a white square for the defeated white supremacist state of Rhodesia. Rhodesia (much like the confederacy) is often memorialized to this day by white supremacists and neo-Nazis like mass murderer Dylann Roof. 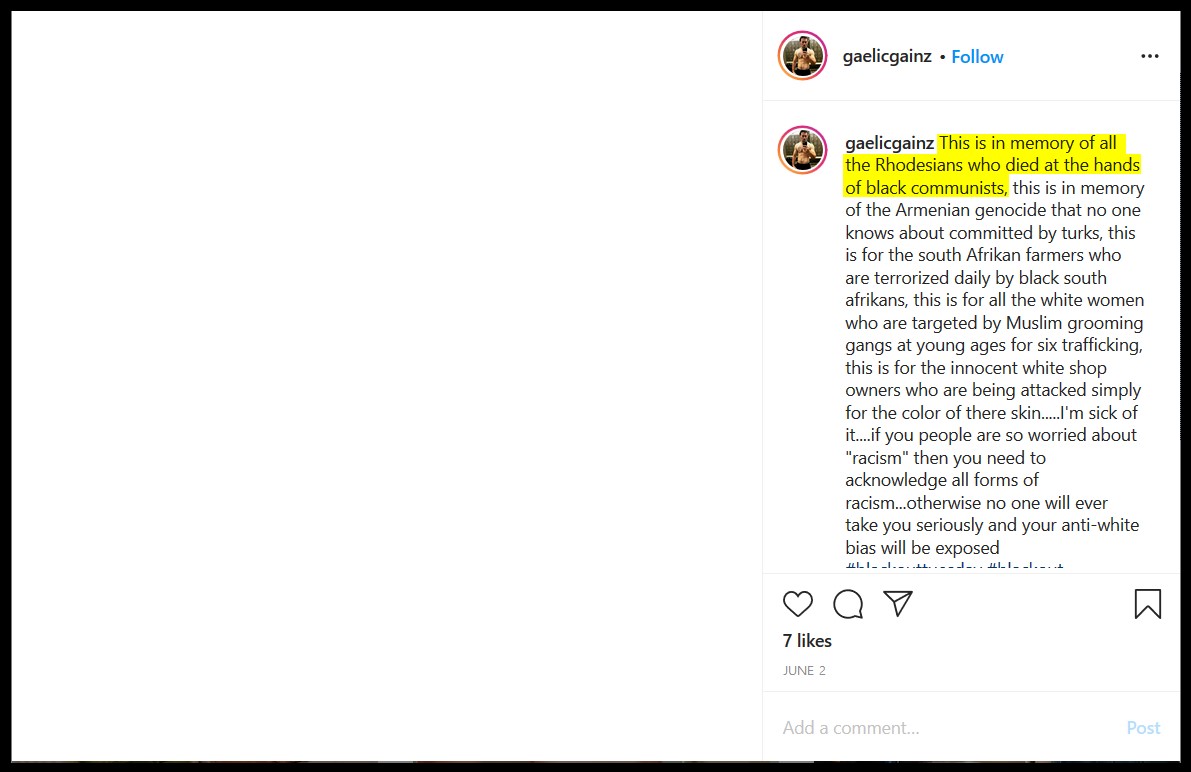 Logan Barden posts on Instagram about the defeated state of Rhodesia (modern day Zimbabwe). He also mentions White South African farmers, which is a reference to the “white genocide” myth.

Logan stole the idea for this post from his partner, Jamie Michelle Stram, on Twitter. Jamie is on Twitter as “PnwTradMom,” @/pnwtrad. Logan is on Twitter as “GaelicGainz,” @/NationalistPnw. Both accounts were created in April 2020. 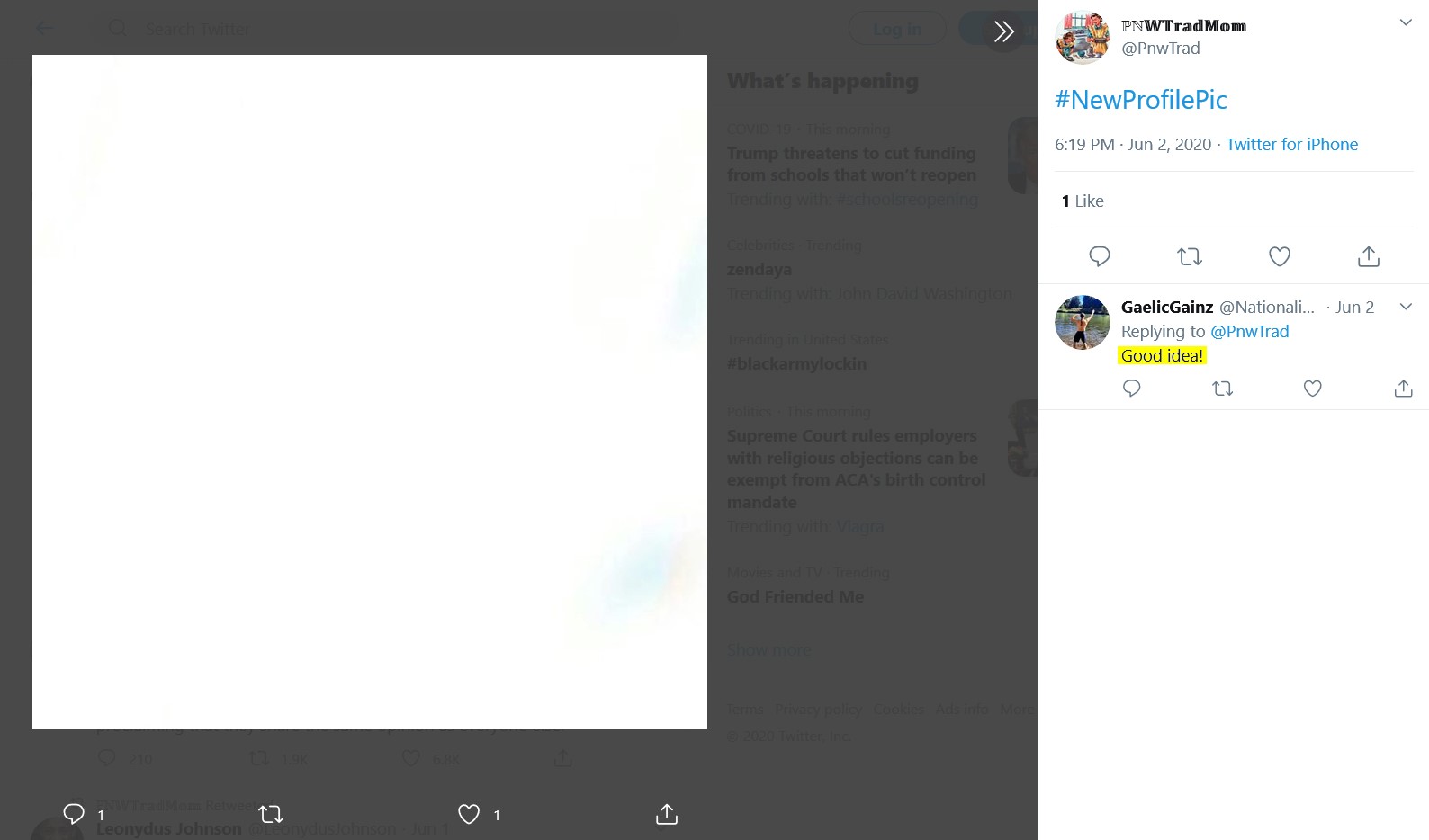 Jamie Stram AKA “PnwTradMom” posted a white square on Twitter when other users were posting black squares in solidarity with Black Lives Matter. Logan AKA “GaelicGainz” stole the idea and posted it on his Instagram account.

On Twitter, Jamie pushes racist tropes and white supremacist myths like the great replacement theory. She talks about her (failed) attempts to “redpill” her family members (turn them fascist). 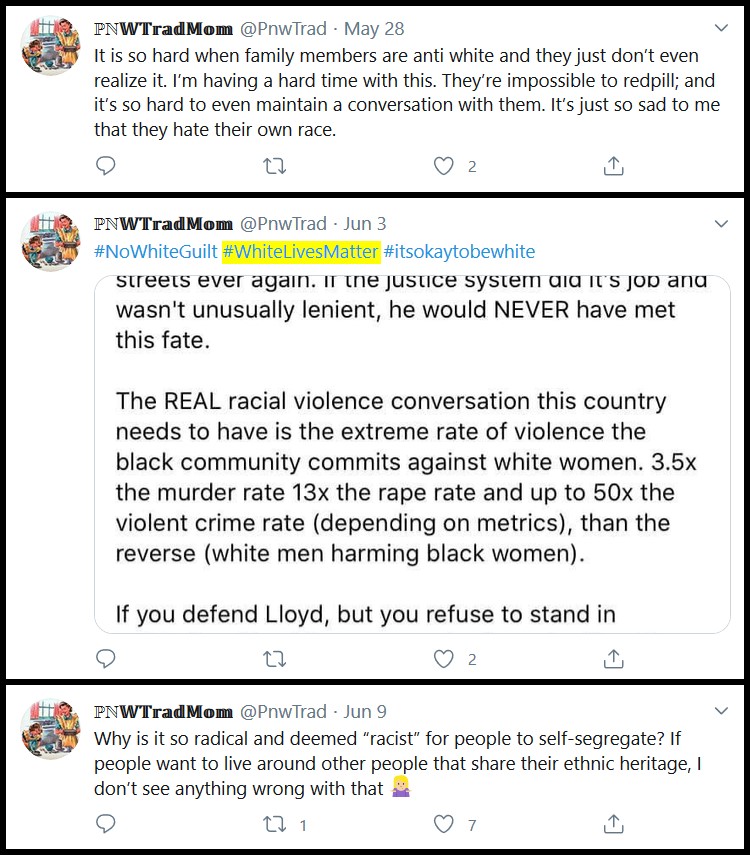 Jamie Stram AKA “PnwTradMom” is a hardcore racist on Twitter. She admits to trying (and failing) to “redpill” her family members.

Of course, Jamie doesn’t believe in COVID-19 and she promoted the May 2nd “Reopen Oregon” rally in Salem. The event was attended by the Three Percenters and Proud Boys.

Jamie Stram AKA “PnwTradMom” shares the “Plandemic” conspiracy movie, which makes a number of debunked claims about the COVID-19 virus.

Meanwhile, Logan Barden uses his Twitter account to harass other Twitter users with anti-Semitic and racist slurs. In one reply, he calls George Floyd a “dead beat dad.” In another, he claims that a “day of reckoning” will come for the Black people.

Logan Barden harasses a Twitter user (username redacted) in the replies of a Ted Cruz tweet. He says “I believe I spot a nose,” which is Nazi-speak for claiming someone is Jewish based on racial stereotypes. 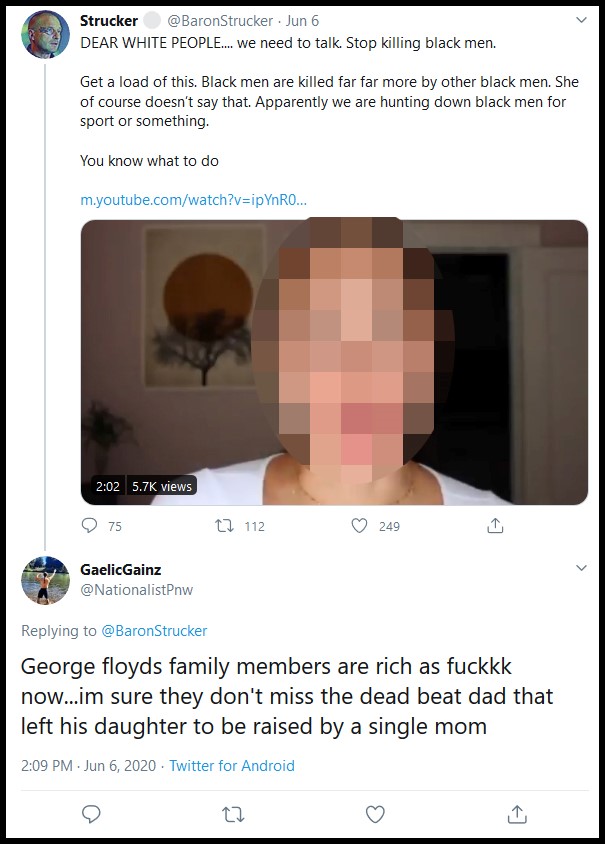 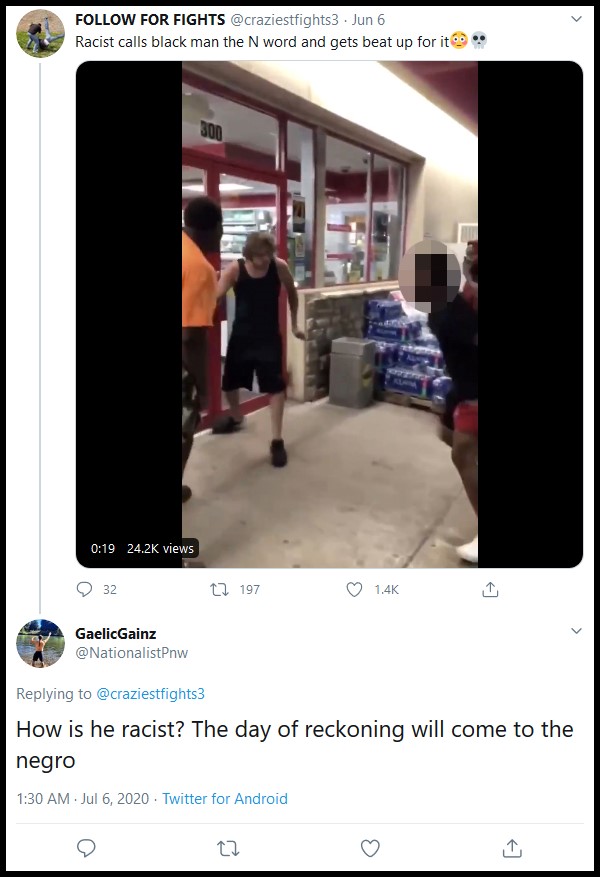 Logan Barden AKA “GaelicGainz” replies to a video showing a racist white man getting his ass kicked for using slurs, by using slurs. He also talks about a “day of reckoning,” echoing Turner Diaries’ race war fantasies.

In response to the murder of George Floyd and countless other lynchings at the hands of the state, protests and insurrections began across the United States. In Eugene, protests have continued for more than a month straight. Logan Barden has threatened to attack #Blacklivesmatter protesters with his vehicle. There have been a number of vigilante attacks against protests here in Eugene, especially vehicular attacks. 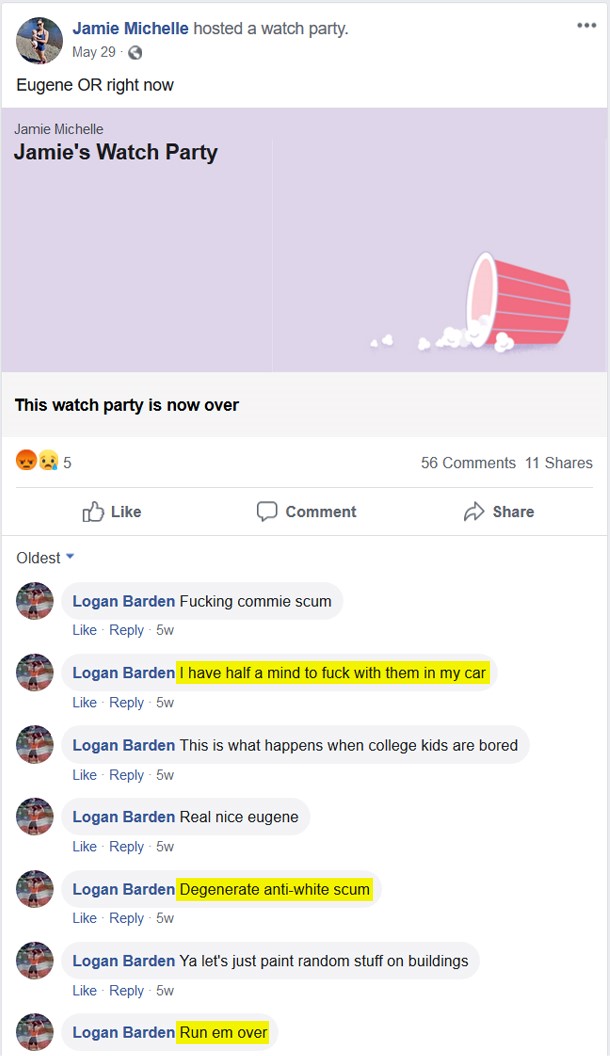 Logan Barden calls Black Lives Matter protesters “anti-white scum” and encourages people to run down protesters. The comments were posted to a livestream shared by Jamie Stram AKA “Jamie Michelle.”

In another post, Logan threatens to (sic) “police our streets for these commie scum.” Longtime Eugene Nazi Kevin Ross responds, saying “The boys and I are ready.” 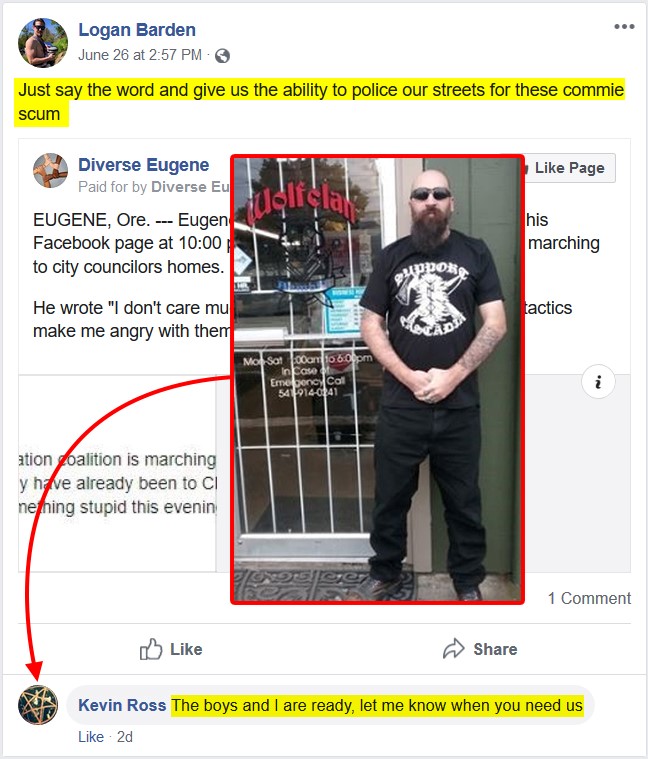 Logan Barden wants to “police our streets,” and Nazi Kevin Ross (pictured outside the Laskey’s Wolfclan armory) says “the boys and I are ready.” In case it isn’t clear, Kevin Ross’ boys are other Nazis.

Kevin Ross is associated with American Front and the Laskey brothers. He is a hardcore white supremacist and a Nazi. Kevin seems to have settled in Drain, Oregon. He’s got some *super secret* new spot in town that he thinks we don’t know about, but we totally do, Kevin. 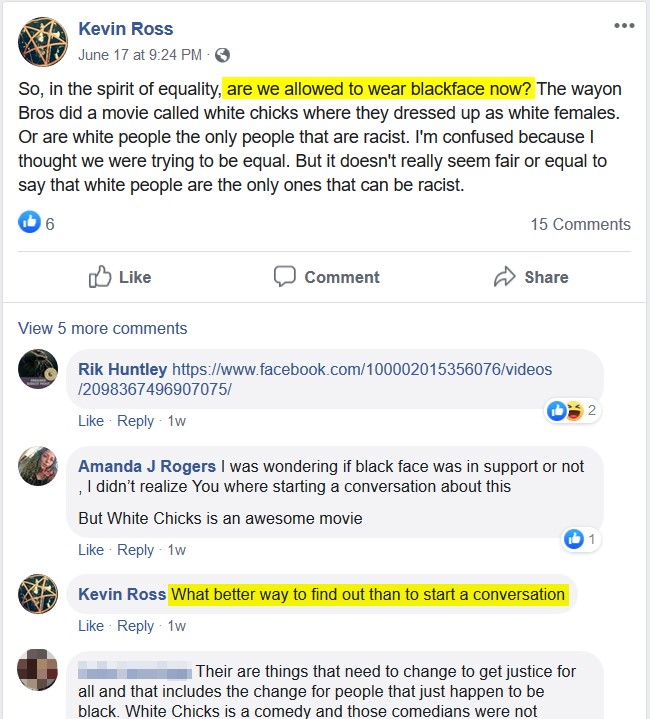 Nazi Kevin Ross “starts a conversation” around the ethics of Blackface. Cannot make this shit up. 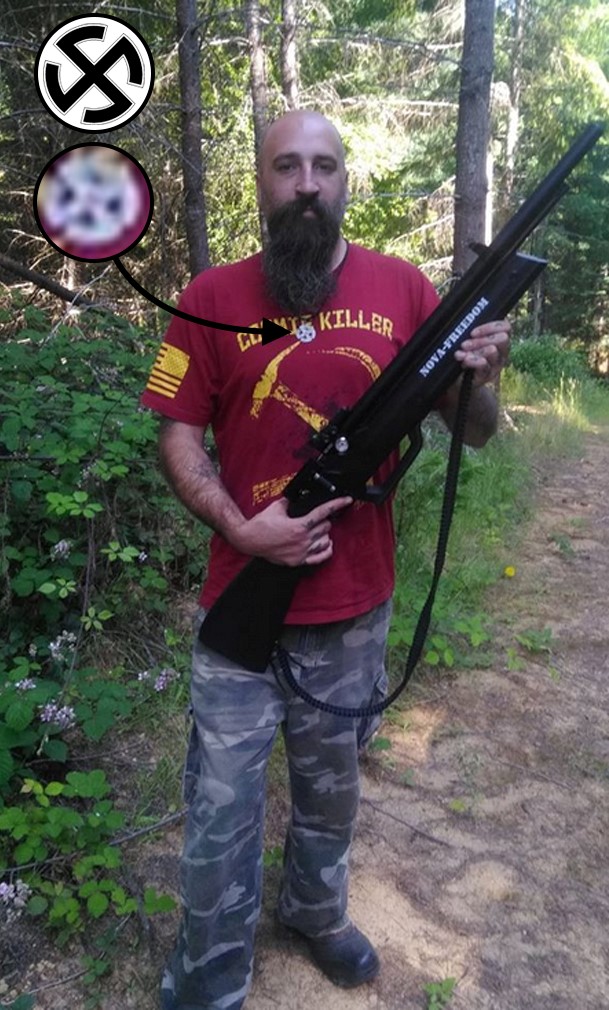 Kevin Ross has relocated to Drain, Oregon. Here’s Kevin wearing a Swastika necklace in a recent photo, and a “Commie Killer” shirt sold by Grunt Style LLC, the official outfitter of chuds everywhere.

Kevin Ross appears to be chummy with Logan’s brother, Levi Garrett Barden (Born December 14, 1987) AKA Garrett Barden. Garrett is also a Nazi (what a surprise!), and is a big fan of neo-Pagan symbols like the Norse Valknut and Thor’s Hammer. 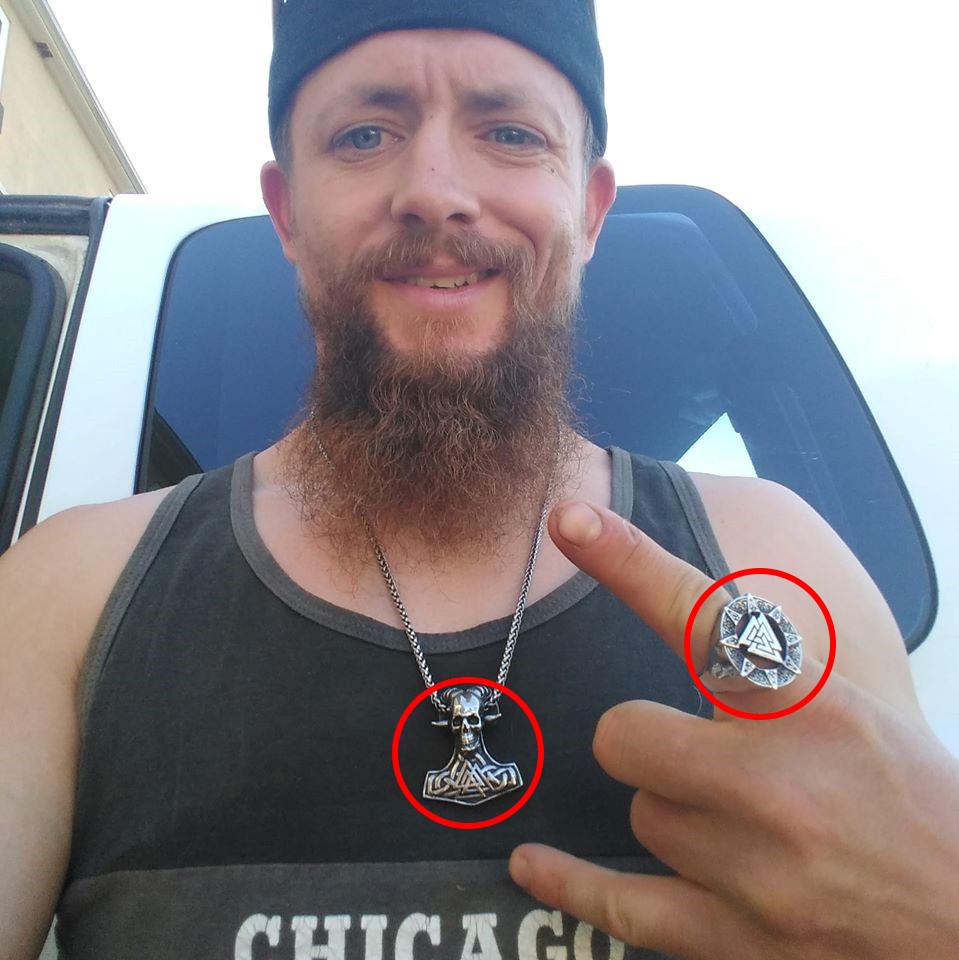 Levi Garrett Barden wears a Thor’s Hammer necklace and a Valknut ring. Both symbols are commonly appropriated by white supremacists and neo-Nazis. 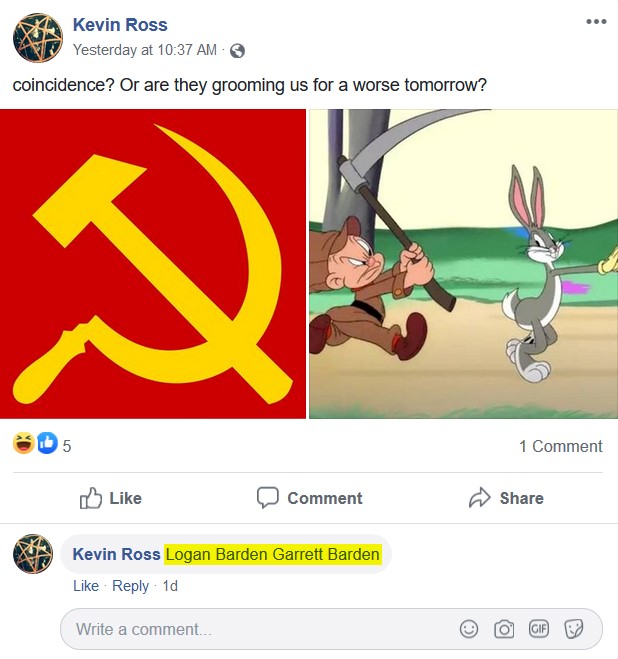 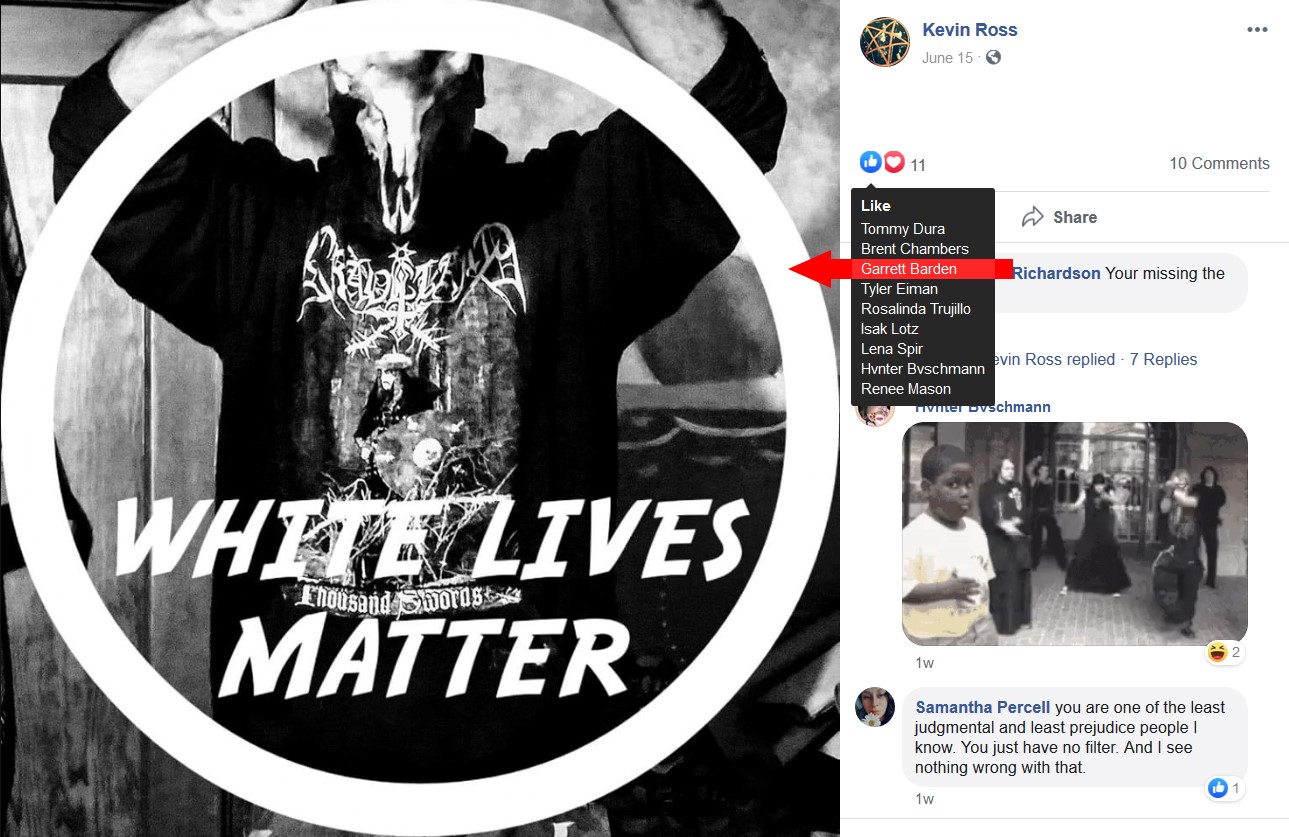 Levi has an extensive criminal history that dates back several years. Most recently, in 2017, Levi Barden was arrested and convicted of a DUI, reckless driving, and recklessly endangering another person. He was incarcerated and was sentenced to two years of probation. We believe that Levi lives and works in Eugene, possibly in landscaping. 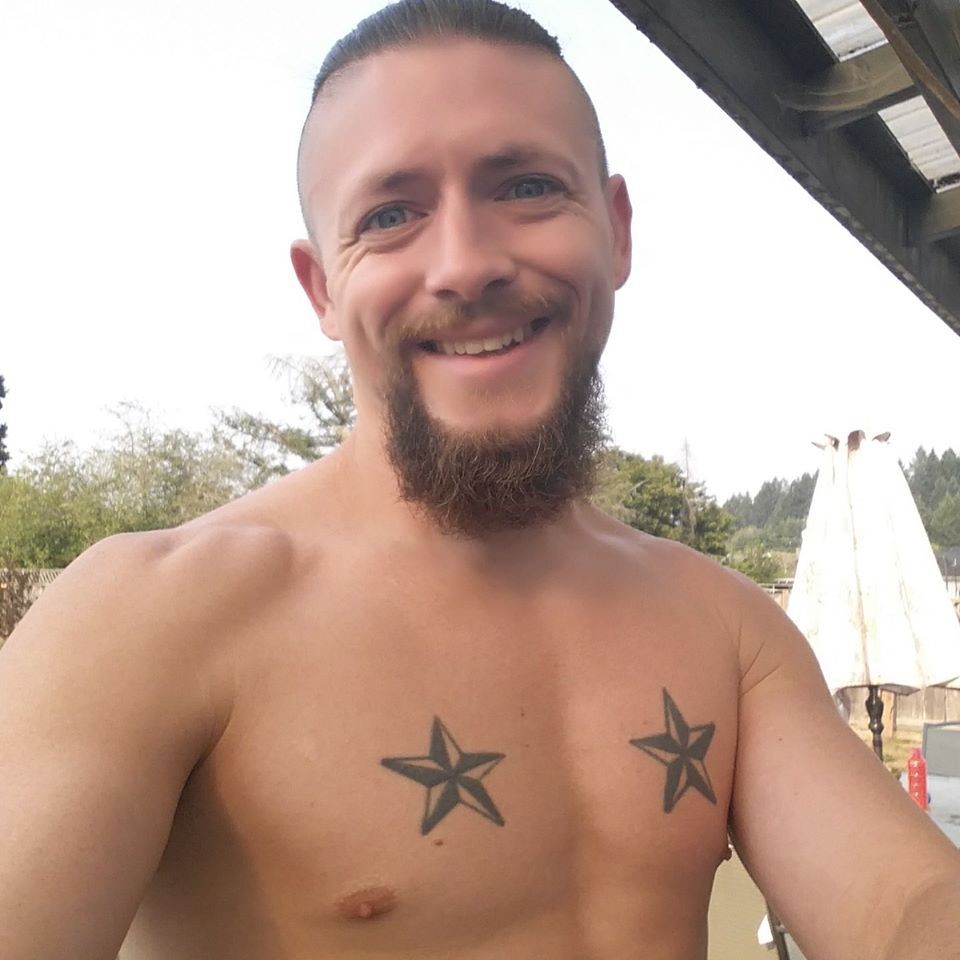 Levi Garrett Barden may live in the Eugene area. He has worked for landscaping companies in the past. 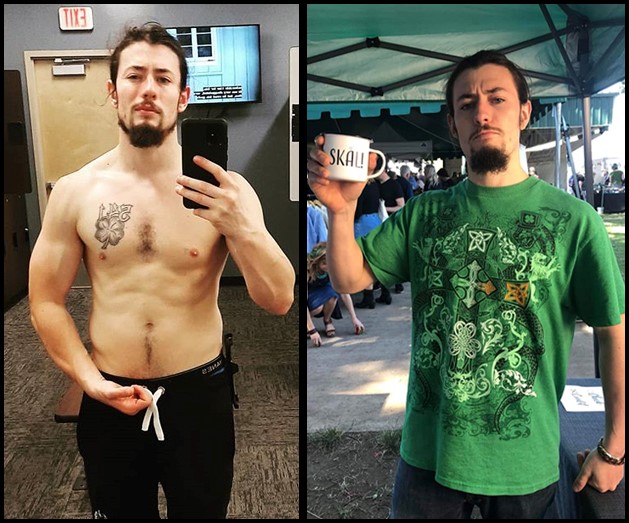 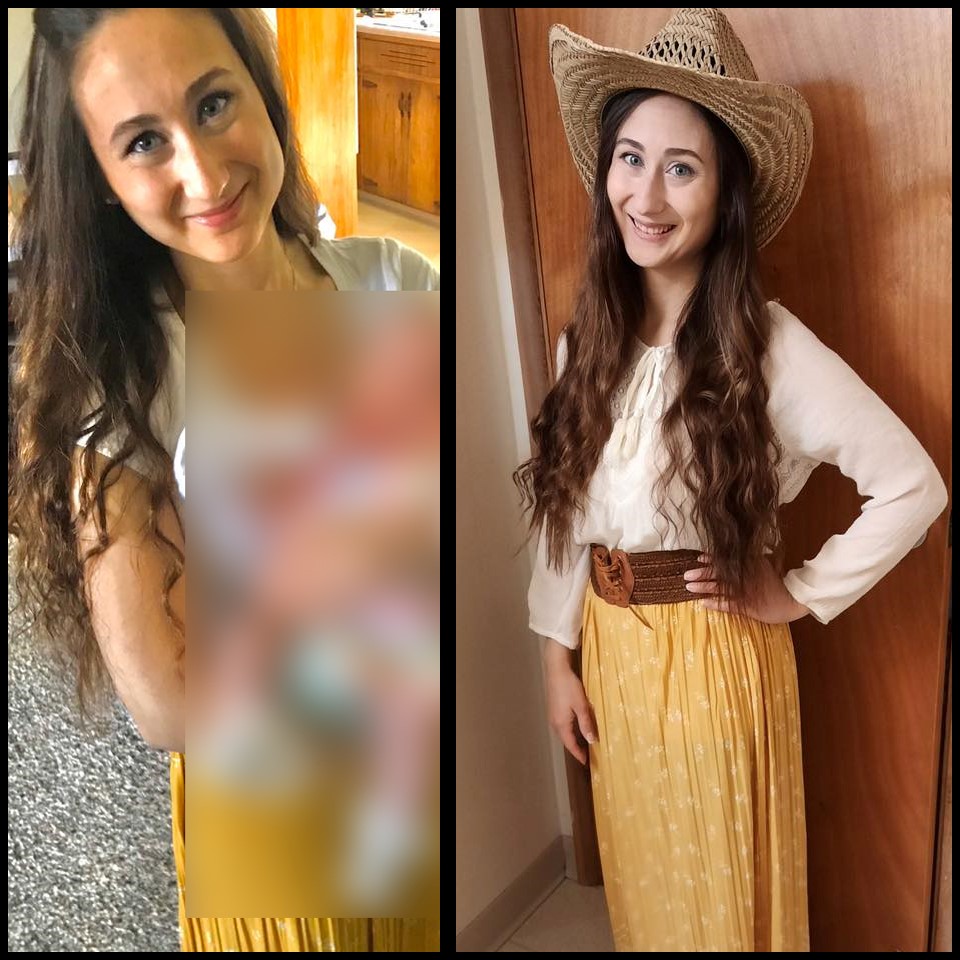 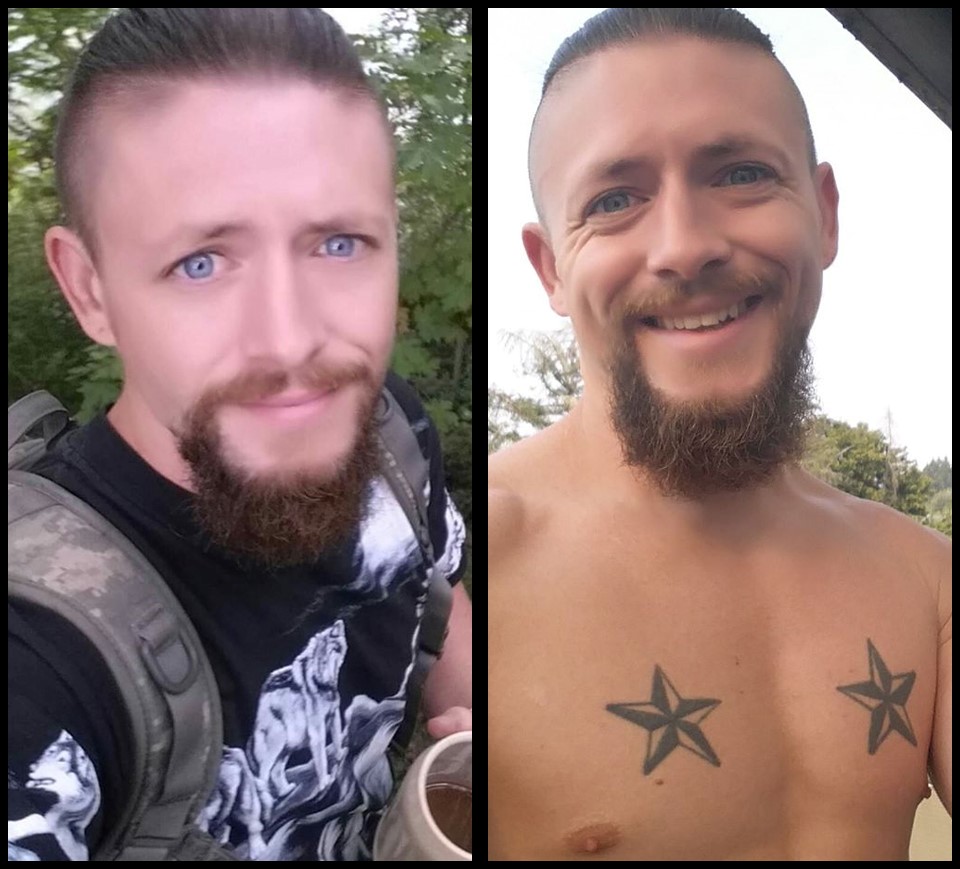 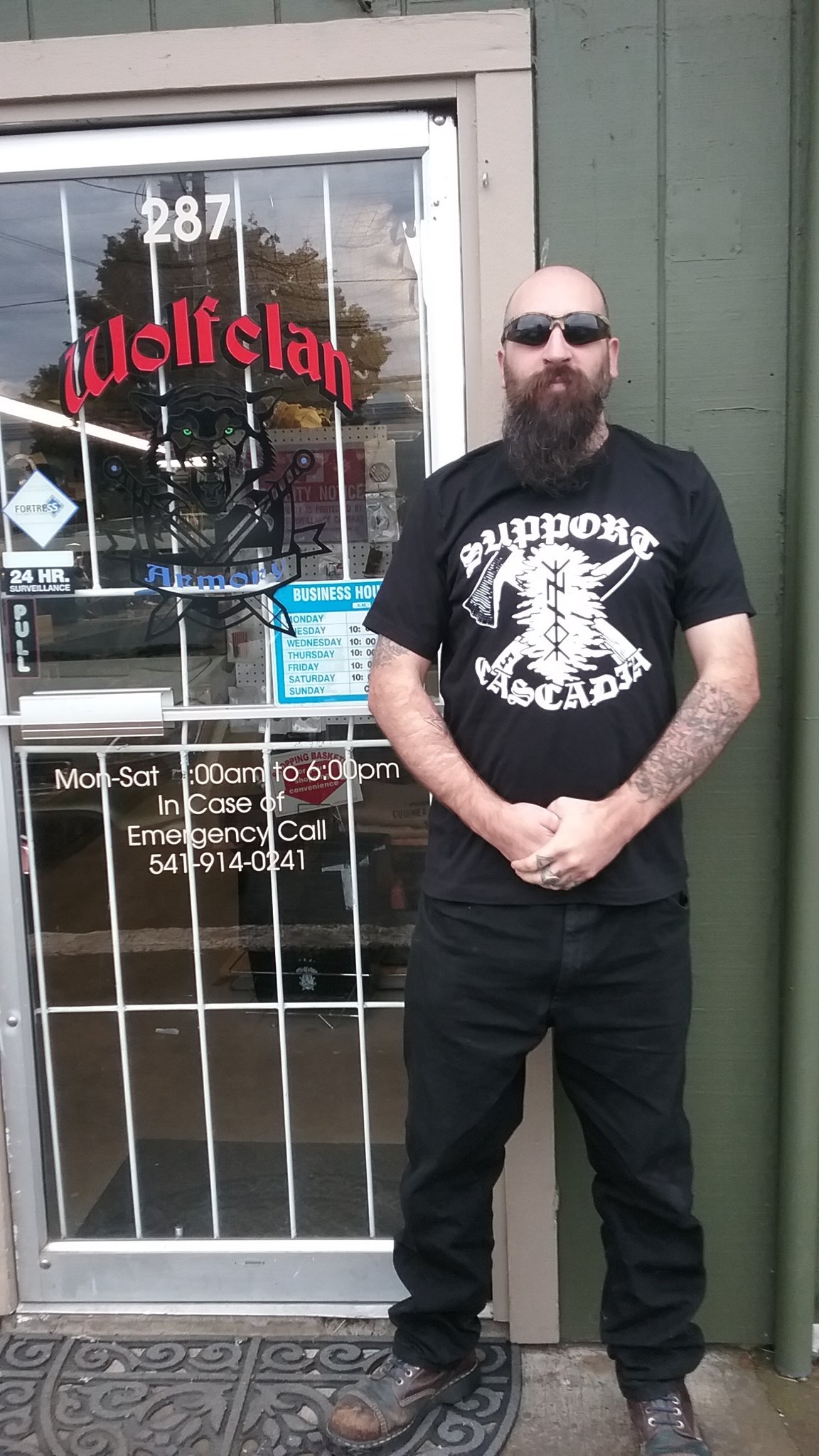 If you have any information about Logan Barden, Jamie Stram, Levi Barden, Kevin Ross, or other racist or fascist activity in your area, contact us at eugeneantifa(at)protonmail(dot)com 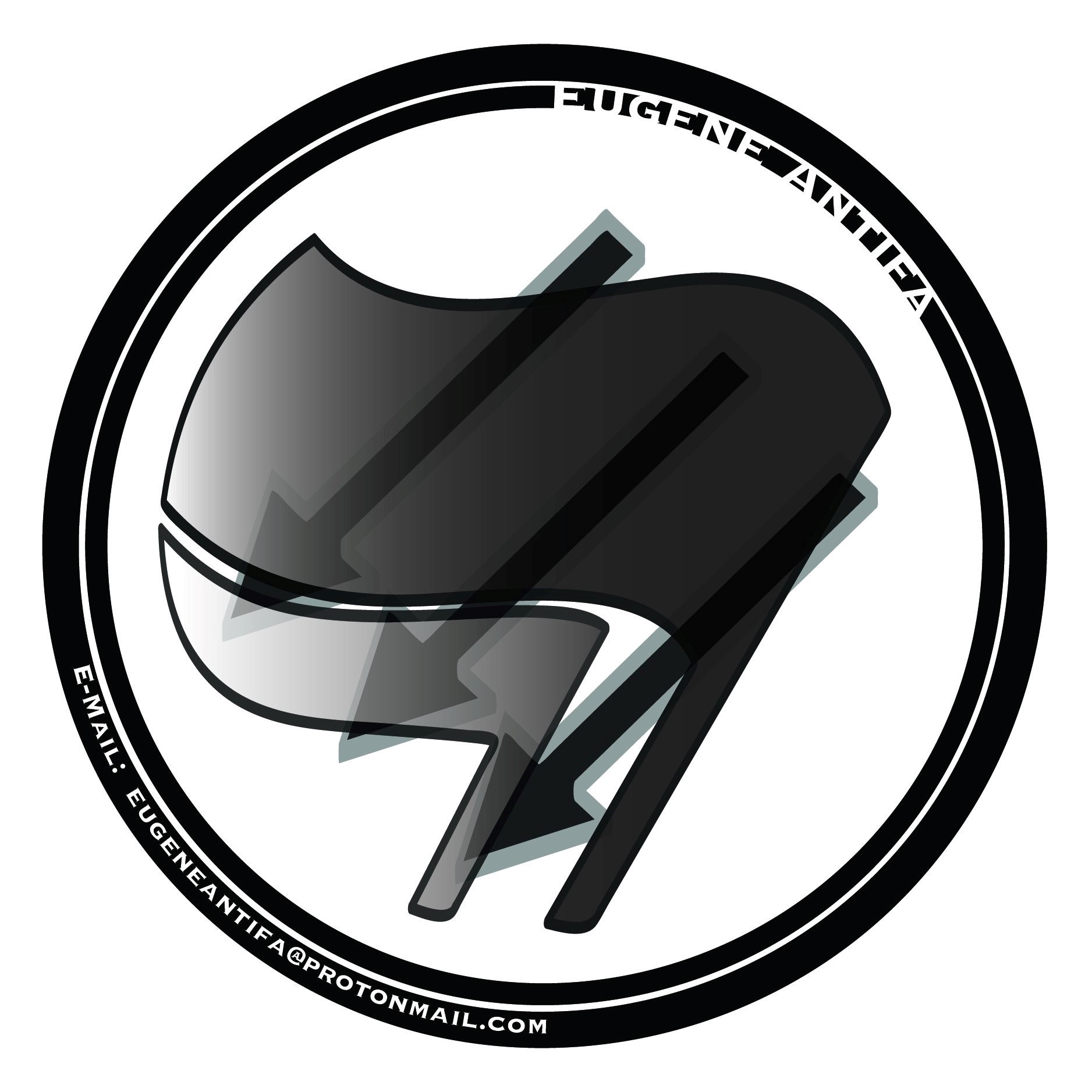