On March 6th, 2019, the independent media outlet Unicorn Riot published the internal chat logs of the neo-Nazi group Identity Evropa. Hundreds of thousands of messages were leaked from the group’s member-only Discord server, which revealed extreme racism, white supremacism, anti-Semitism, Islamophobia, homophobia, transphobia, and misogyny. Since the breach, antifascist groups have sifted through the messages and tied real people to the usernames, exposing dozens of members across the United States. Identity Evropa helped plan the massive Nazi rally in Charlottesville in 2017 and the organization is currently being sued due to the ramifications of that event. Today, we are identifying the Identity Evropa member “Tyler Hess” as Chapman University student David Michael Zsutty (DOB 3/21/1987) from Oceanside, California. 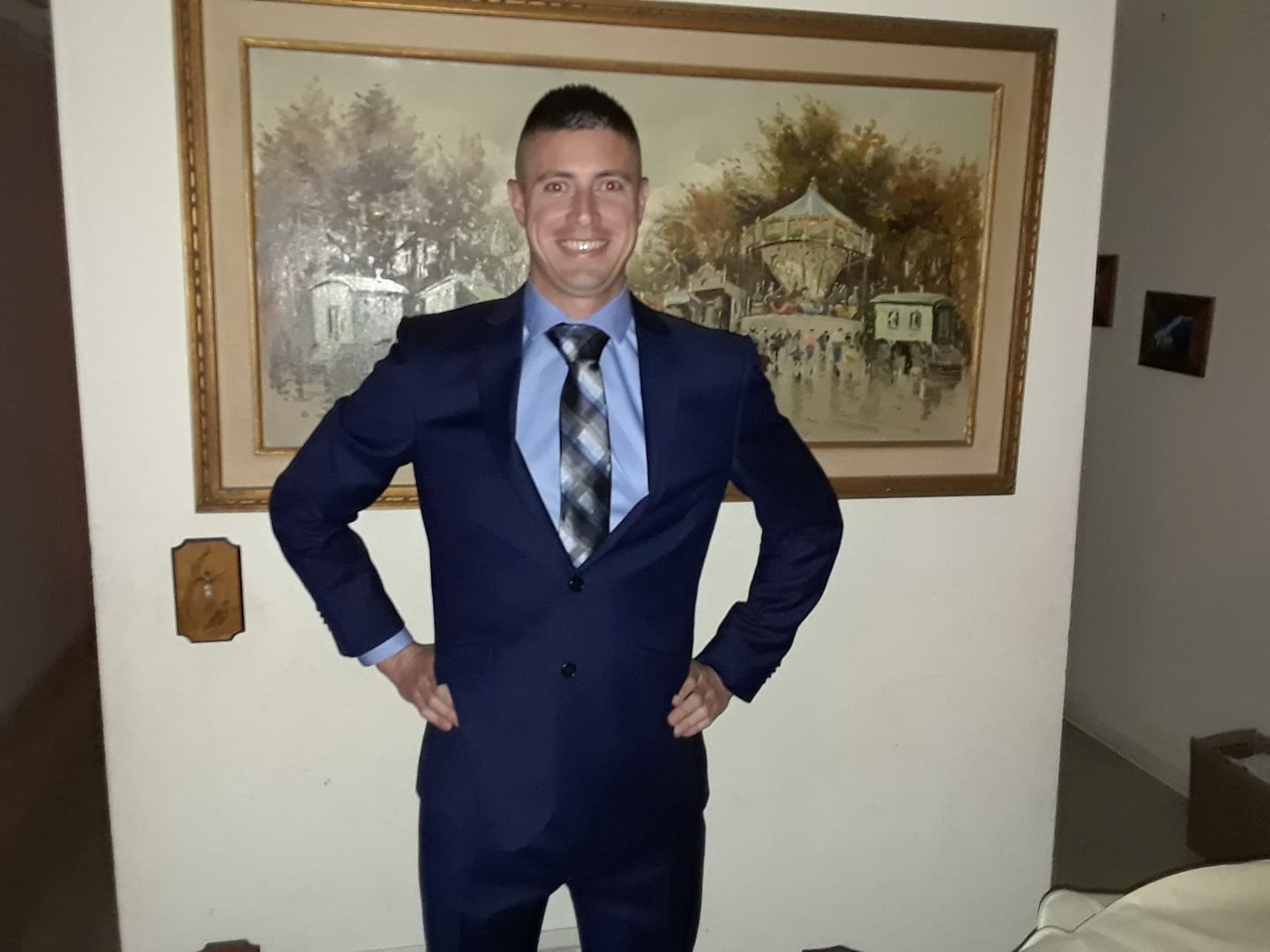 Zsutty is explicitly racist and anti-Semitic in many of his messages. In one message, he defends the Charlottesville attacker James Alex Fields, a Nazi who rammed his car into a crowd of people who were counter protesting the 2017 Unite the Right rally and who was recently sentenced to life in prison as a result of his terror attack. Zsutty thinks that “Fields is completely innocent, perhaps guilty of negligence at the very most.” More than a dozen people suffered serious injuries and Heather Heyer was killed in the attack. In another message, Zsutty shares his anti-Semitic conspiracy theory, saying that he “suspect[s] that Jews are intermarrying with whites who share similar traits, such as narcissism, schizophrenia, socio/psychopathy, a certain low cunning born from a lack of morals, etc.” Zsutty also disparages his nonwhite classmates in the chat, writing that they “lack the analytical skill of our people.” In another message, he says that he wanted to be “study buddies” with a conservative woman in his class, but then he learned that she had a “mulatto” son.

David Zsutty shares how he feels about his non-white classmates.

David Zsutty thinks that the Charlottesville vehicular attacker, James Alex Fields, is innocent. Fields injured dozens and killed Heather Heyer when he rammed his vehicle into a crowd of people protesting a massive Nazi convergence in 2017.

Zsutty also discusses his family in the Discord chats. He paints a biographical picture of his parents, who had him when they were in their “mid thirties.” His mother’s side is “Mayflower and Revolution,” while his father’s side is part Prussian and German. Zsutty’s family fits this profile perfectly, as his father, Michael Zsutty (DOB 5/26/1951), is a full 36 years older than David.

David mentions that his parents were in their mid-thirties when they had him, which we confirmed. 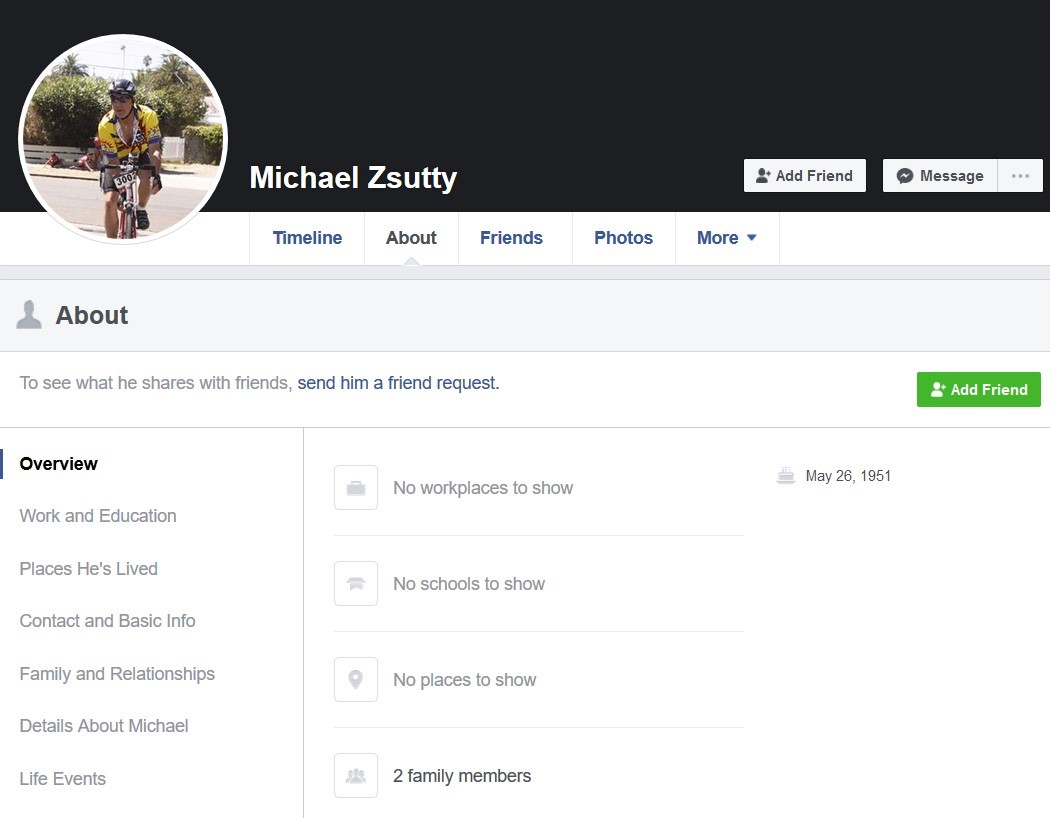 David’s father, Michael Zsutty, was born in 1951 and lives in Oceanside, California.

Michael Zsutty lives in Oceanside, California. David mentions him several times on Discord. One message suggests that his dad may share his white nationalist views, and that the lack of a Google doodle caused him to start agreeing with David. Michael Zsutty is at the very least a far-right MAGA fan, as evidenced by his Facebook. He is active in Oceanside and has harassed houseless people in the area. David applauds his dad’s anti-houseless actions, noting that he went from donating money to “helping a anti hobo crusade in our hometown.” Michael is part of the Facebook group “Take Back Oceanside,” which is full of rich white people panicking about poor and houseless folks.

David writes that his dad is involved in anti-homeless activities in his hometown of Oceanside, California. He is part of a group called “Take back Oceanside.”

David suggests that his dad, Michael Zsutty, shares some of his white supremacist views. 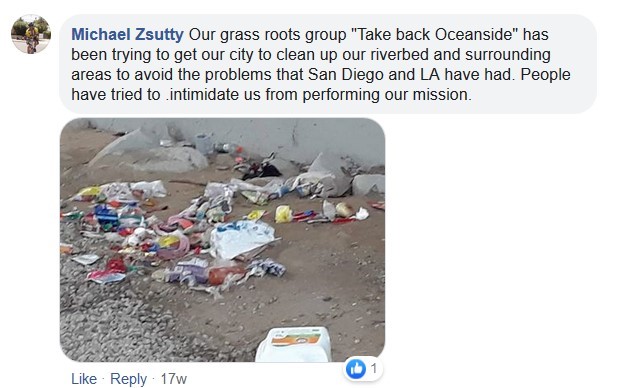 Michael Zsutty plugs his anti-homeless group, “Take back Oceanside.” Kudos to the people who have “tried to intimidate” this disgusting group!

Michael is upset that someone is taking shelter from the elements in a tent. How dare houseless folks take shelter! 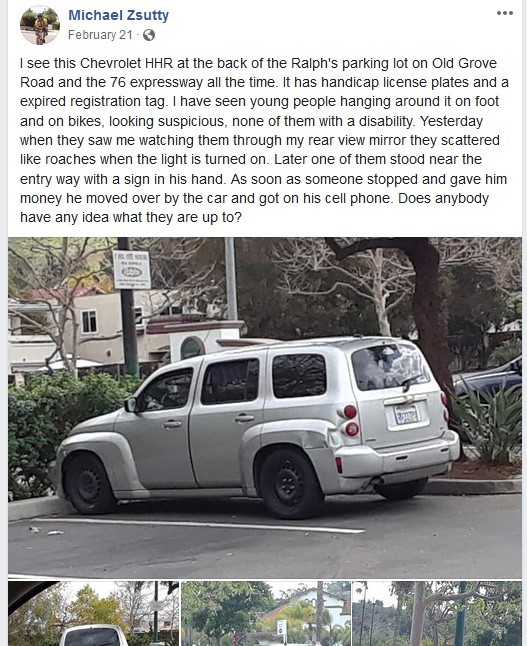 Another shared interest between Michael and David is running. Michael is part of a running club in Oceanside, which hosts weekend runs. David is also an avid runner, and often brags about it on the Discord server. On November 22nd, 2018, (Thanksgiving) he tells his fellow white nationalists that he “ran a 10K this morning while nearing the end of a 30 hour fast.” David did this run with his father, in Oceanside, California. The 10k was part of the 13th Annual O’side Turkey Trot, and David’s results are available online.

David talks about running on the Discord server. 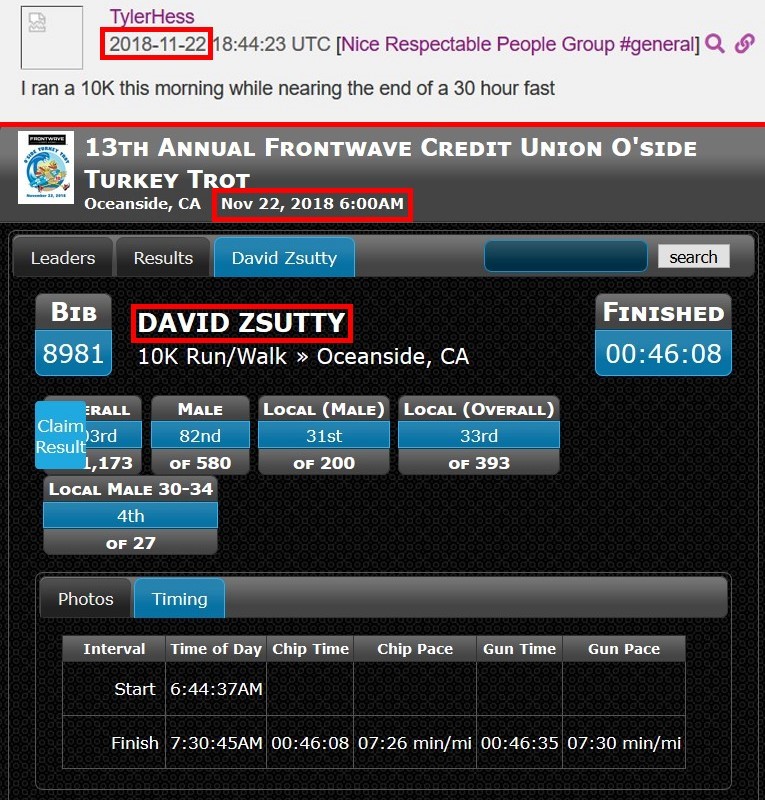 On Thanksgiving morning 2018, David and Michael Zsutty ran in the 13th Annual Oceanside Turkey Trot. David notes this on Discord. 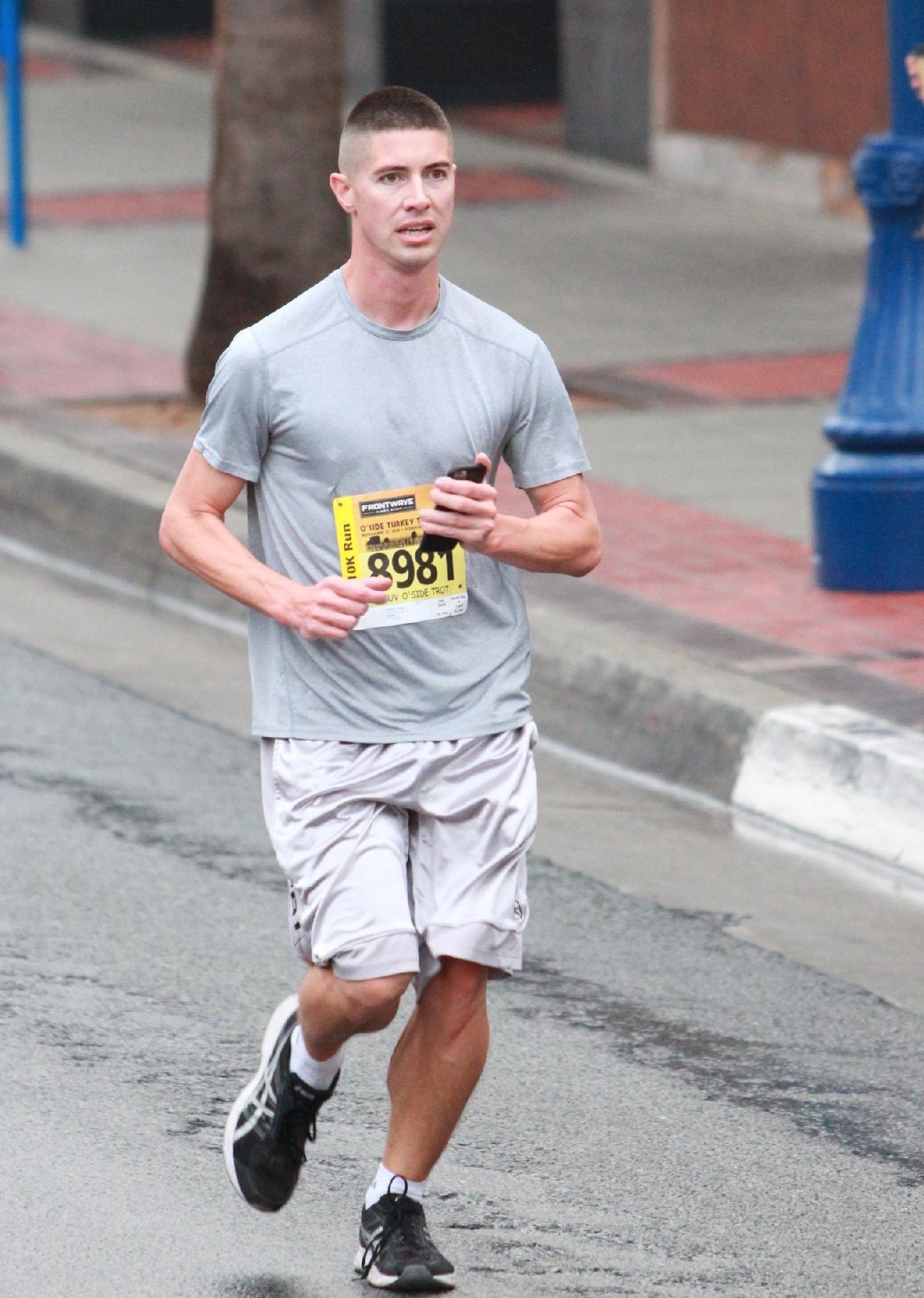 David Zsutty was active offline as well, flyering and participating in actions. Near the end of 2018, David helped other Identity Evropa members drop an anti-immigrant banner in Wickenburg, Arizona. He has been active in spreading Identity Evropa posters and stickers around his state, mainly targeting universities in Southern California. David is cautious about where he posts Identity Evropa propaganda and stickers, making sure to steer clear of his own college campus. He makes sure to dress “normie” on illegal flyering outings, wearing a hat and different attire. He even offers advice to other Identity Evropa members who fear they may be doxxed, such as a user named “Wotan Klan” from Georgia, who is concerned about footage of him at the deadly Unite the Right rally from 2017. 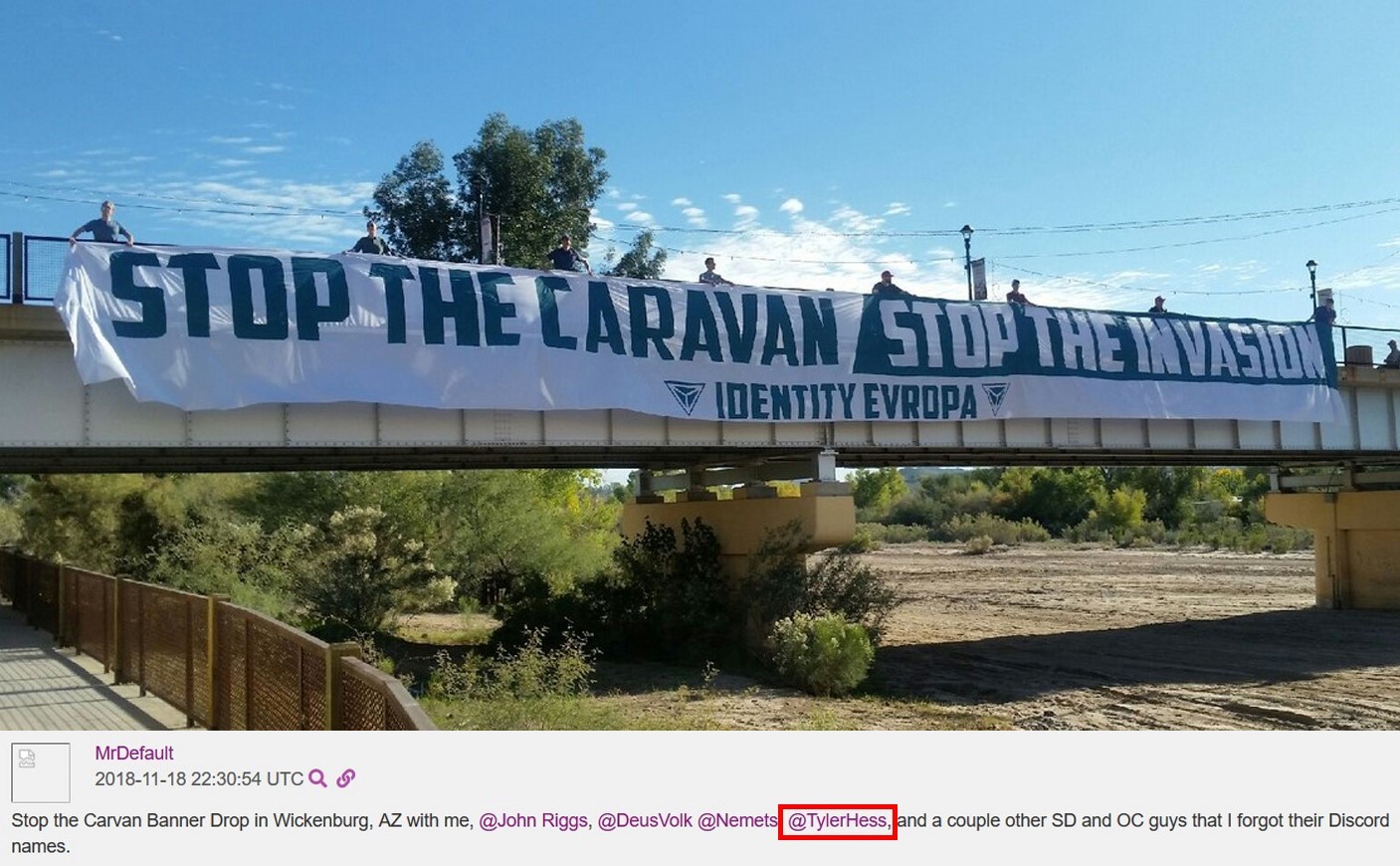 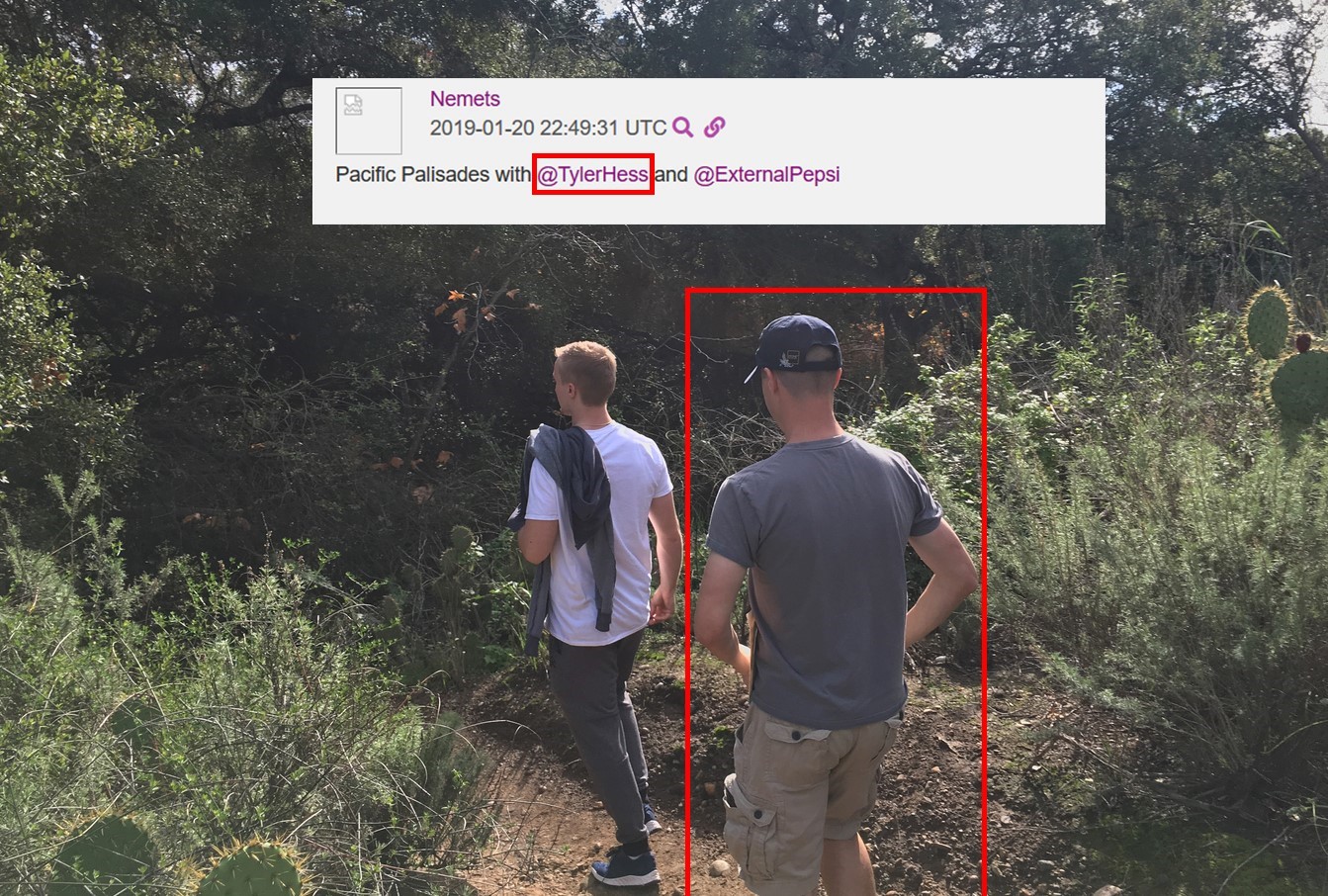 David Zsutty is photographed during a flyering action in Pacific Palisades with other California Identity Evropa members.

David is a chair of the Federalist Society at Chapman University. The Federalist Society has been around for several decades and is focused on reviving conservative and libertarian ideas within the American legal system. Their influence has peaked during the Trump era, and they were central in the rise of Brett Kavanaugh and Neil Gorsuch to the Supreme Court. The Society has received substantial donations from the Koch brothers and the Mercer family. 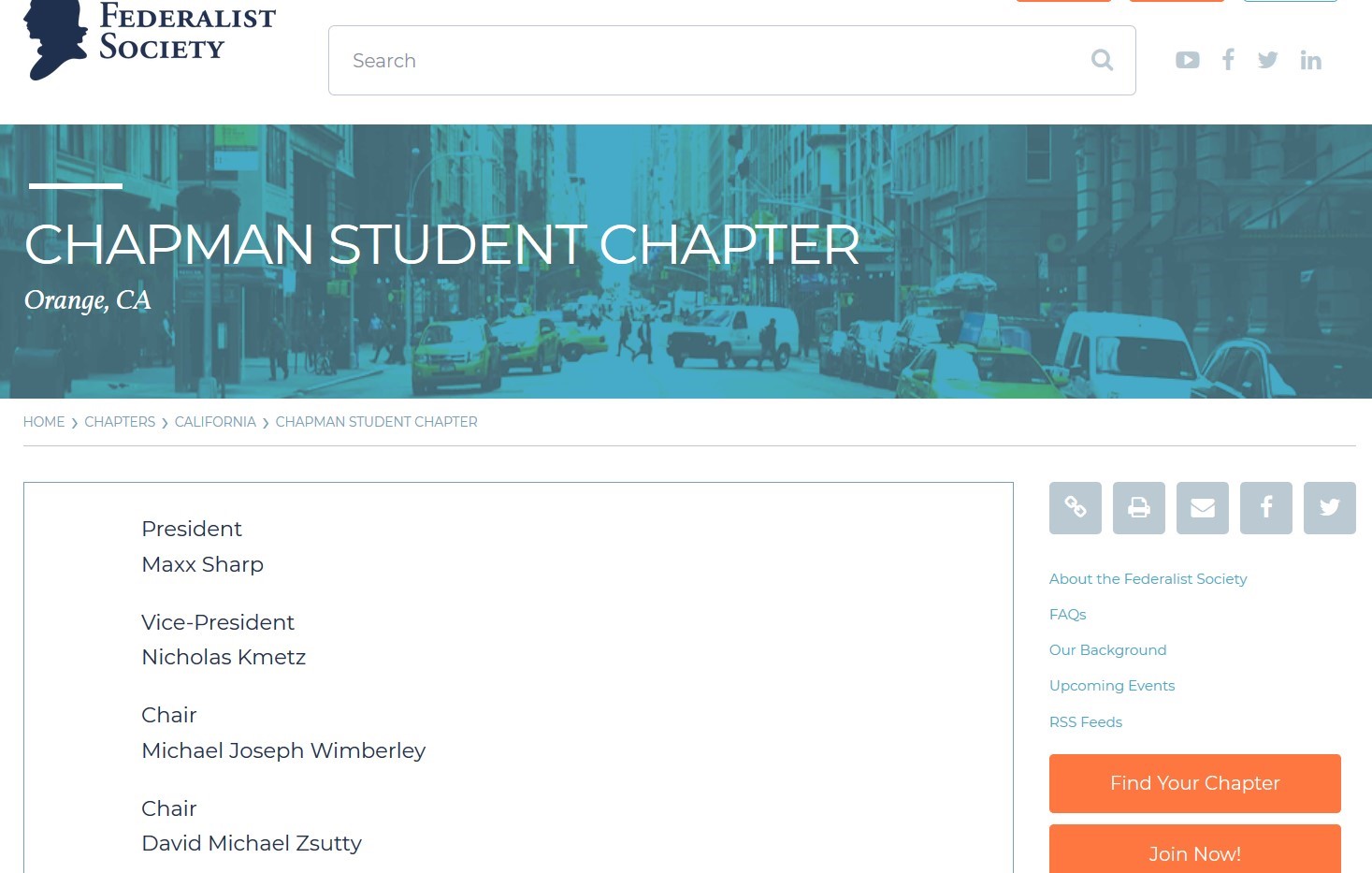 David Zsutty is chair of the Federalist Society at his university.

In the Discord chats, Zsutty recommends the Federalist Society to another Identity Evropa member with the screen name “Logan.” Earlier this year, HuffPost revealed that “Logan” is actually Logan K. Piercy, a Marine who attended the Unite the Right rally. He asks members of the group for political news sources, writing that “I can’t say my main news source is Fash the Nation.” Fash the Nation is a Nazi podcast which is part of The Right Stuff, a podcast network created by YouTube white supremacist Mike Peinovich. To this, David recommends the Cato Institute and the Federalist Society.

David Zsutty recommends the Federalist Society to Logan K. Piercy, who gets his news from “Fash the Nation.”

David Michael Zsutty joined Identity Evropa in June of 2018. Right off the bat, he asks about pursuing a libel or defamation lawsuit against the ADL or SPLC, liberal groups which monitor far right activity. Both of these groups consider Identity Evropa (now American Identity Movement) a hate group. Zsutty brings up the idea of legal action because he is a law student at Chapman University, which is in Orange, California. In another message, he exclaims that he would love to see a Supreme Court case on doxxing. Frivolous filings about doxxing have made their way to the courts, such as when the Weed Nazi Bethany Sherman tried to attack Eugene Antifa via the courts with a laughable defamation suit.

David Zsutty suggests legal action against liberal watchdog groups the ADL and SPLC. Both of these groups have justly labeled Identity Evropa/American Identity Movement as a hate group.

David Zsutty AKA “TylerHess” wants to see the courts institute penalties for doxxing.

Many of the white supremacists who have been exposed in the ongoing #IdentifyEvropa project are active or former members of the military. David Zsutty joins this list, as he was part of the US Air Force for several years. He trained in Texas and was part of the Air Force for six years, working as an Airborne Cryptologic Language Analyst. In 2015 he became a Staff Sergeant. He eludes to his involvement in the military at times on Discord. In one message, he says that he “actually lost a ton of weight after I got out due to no more stress or circadian rhythm disruption.” 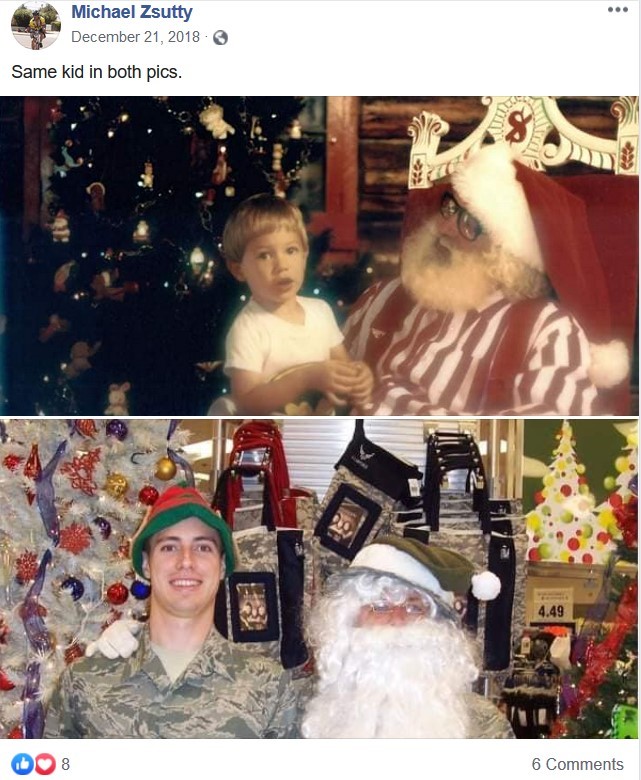 Michael Zsutty posts a picture of his son David Zsutty. David spent six years in the Air Force, where he was a Staff Sergeant. Now, with taxpayer support, he is attending law school to take his hate to the courtroom. 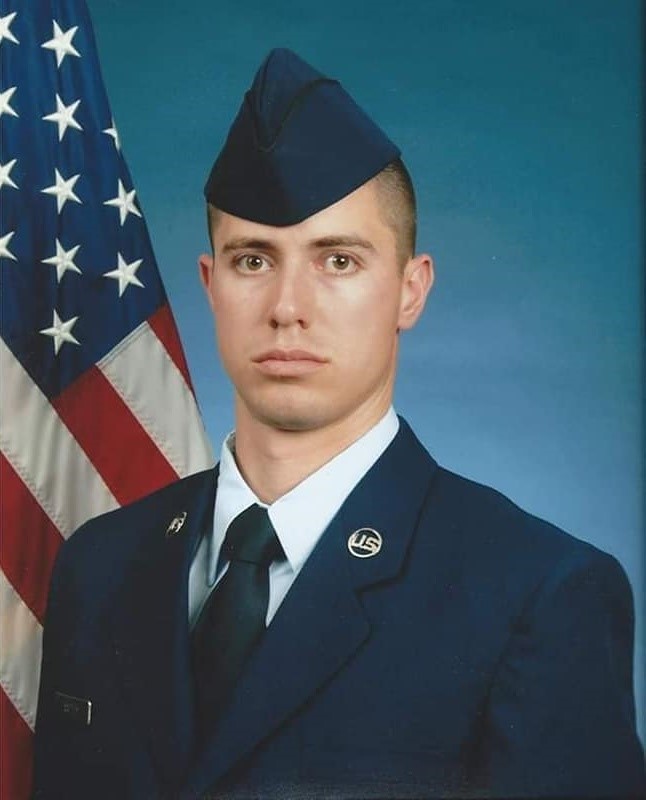 A photo of David Zsutty from his time in the US Air Force.

David Zsutty talks about the Air Force in the Identity Evropa Discord chats.

David Zsutty lost weight after getting out of the Air Force and getting back into running.

After the internal messages of Identity Evropa were leaked and dozens of their members were doxxed, Patrick Casey renamed the group “American Identity Movement.” David remained a member, using the same name “TylerHess” on the group’s internal Mattermost server. 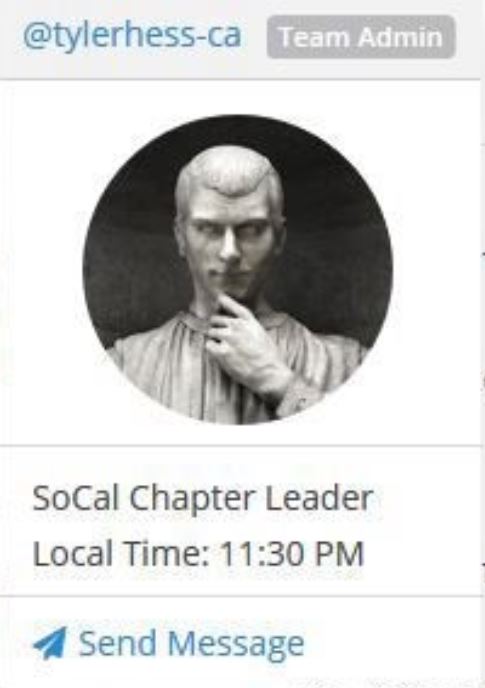 David Zsutty AKA “TylerHess” supports the ultra-violent Nazi group RAM, which traveled to assault anti-racist counter protesters at events in 2017.

David Michael Zsutty is a white supremacist who is part of the neo-Nazi group American Identity Movement (formerly Identity Evropa). He uses the alias “TylerHess” to mask his identity and freely espouse his bigoted views within the group’s leaked chats. He defaced college campuses in California with white nationalist stickers and fliers. He is currently a law student at Chapman University, a private institution that claims to be inclusive and empowering. If the University values these ideals, they should kick out David Zsutty for his participation in a hate group that violently opposes inclusivity. American Identity Movement/Identity Evropa was central in coordinating the violent Nazi “Unite the Right” rally in Charlottesville. Please contact the University and demand that they give David Michael Zsutty the boot!